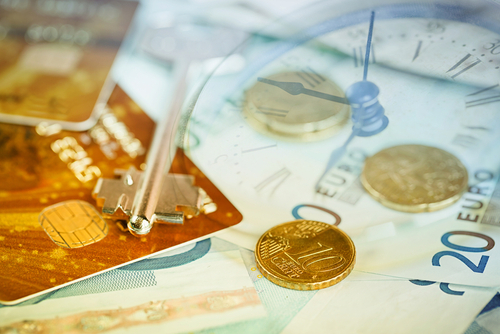 Brussels (Brussels Morning) Germany’s millionaires are moving their assets as fast as they can across the border to Switzerland, fearing that the coming change of government in Berlin could see the reintroduction of a wealth tax and a more stringent inheritance tax.

A number of German tax lawyers and bankers told Reuters that Germany’s entrepreneurial dynasties are increasingly concerned over what might be in store for them should the conservative Christian Democratic Union (CDU) leave power after 16 years.

Data from the Bank for International Settlements in Basel shows that German deposits at Swiss banks, both private and business accounts, grew by 5 billion dollars in the first quarter of 2021, reaching 37.5 billion. This figure, which shows a massive 15% growth in three months, does not take into account other non-cash assets, such as shares, bonds or other financial products.

Swiss bankers and consultants claim the numbers have only grown bigger since, even though there are currently no official figures as yet. According to Florian Dürseln, LGT Switzerland’s head of European operations, many rich Germans, especially business owners, fear that a move to the left in Germany is inevitable, regardless of the ultimate outcome of Sunday’s elections.

The centre-left Social Democrats (SPD) are ahead in the polls with around 25% support, and are currently considered most likely to head the new government in partnership with the Greens, which currently poll at around 15%. Both parties are running on a platform of decreasing inequality and are committed to massive public investment. The money needed to deliver on their promises will have to be raised by new taxes.

The SDP has already announced its plans to reintroduce a so-called wealth tax, and to increase inheritance tax, while the Greens stated their desire to increase the tax on top earners. While no-one spoke of taxing assets for now, tax experts are aware that such a levy would raise much more money, and that it will almost certainly be considered at some point.