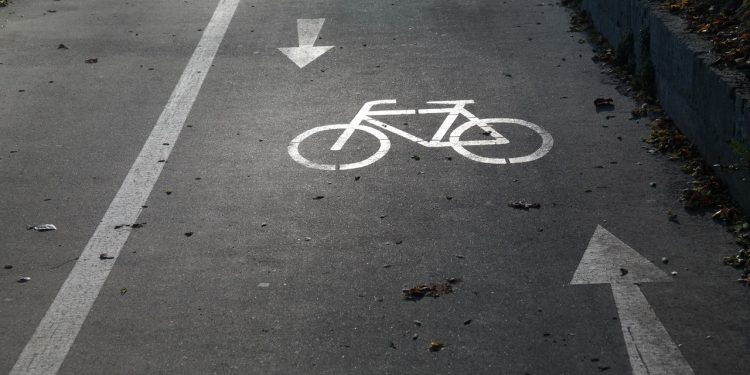 BRUSSELS (Brussels Morning) – In recent months, a wide bicycle highway has been constructed along the Terhulpensesteenweg (N275) in Hoeilaart from Groenendaal station. But it ends abruptly at the regional border with Brussels and ends there on a bumpy, half-overgrown footpath. Beliris has to build the Brussels part of this bicycle highway, but is still in the study phase of the project. Works will not start until 2026 at the earliest.

In recent months, the Terhulpensesteenweg (N275) between the Brussels Ring and the Bundersdreef, the border with the Brussels region, has been renovated. In addition to a facelift for the road surface, the bicycle paths in particular were thoroughly considered. With a wider bicycle path of three metres wide and a wooden partition between cyclists and cars, it is now safer to cycle on this connecting road between Hoeilaart and Brussels.

Along the new road is a concrete wall about 25 centimetres high. This wall leads crossing amphibians and small mammals to an eco tunnel under the Terhulpensesteenweg. For example, the habitants on both sides of the road are connected to each other, so that they can find food and congeners on the other side.

But the new bicycle highway stops abruptly once you enter Bosvoorde. A double cycle path with a comfortable asphalt layer leads to an overgrown and bumpy footpath of less than a metre wide.

Inquiries with the Region show that the federal Brussels fund Beliris was commissioned last year to build the new bicycle path on the Brussels side. But Beliris combines this with an ecoduct, a bridge over the Terhulpensesteenweg about halfway between the regional border and the next roundabout. Such a crossing should also allow wild animals to cross safely on the Brussels side.

“This ecoduct is very important for biodiversity. In addition to the ecoducts that were already built by Infrabel and the Flemish Region, it is also a precondition for preserving the UNESCO World Heritage status of the Sonian Forest,” says Beliris spokeswoman Elien De Swaef to BRUZZ.

Beliris is currently preparing the file on the basis of which a public contract for a design office can be issued. “After the studies, the building permit must be applied for, and only then can the work start. That would be 2026 at the earliest.” Anyone who wants to enter Brussels from Hoeilaart along a comfortable bicycle highway must therefore be patient for at least another four years.