by Ivan Fischer
in Europe, World 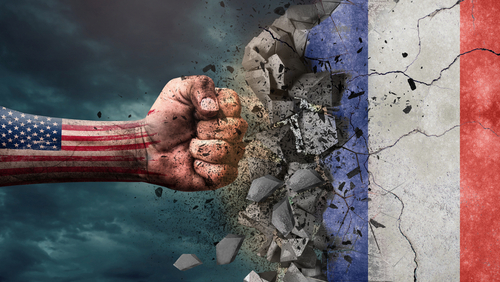 Brussels (Brussels Morning) US President Joe Biden has requested early talks with French President Emmanuel Macron as he bids to smooth the diplomatic tensions arising from the signing of the trilateral Aukus pact between Australia, the UK and the US.

According to French media, Biden has requested a phone call with Macron this week, after Paris withdrew its ambassadors in Washington and Canberra for consultations last Friday.

Macron is reportedly furious as the Aukus pact means Australia has scrapped its 50 billion euro deal with the French Naval Group for the construction of a fleet of 12 conventional, diesel-powered submarines, having instead opted to build eight nuclear-powered subs in cooperation with the US and the UK.

French anger appears all the more justified since Australian officials reportedly did not give any inkling of the possibility that the contract might be cancelled. In June, Macron posed with Australian Prime Minister Scott Morrison, an occasion when he praised the future partnership between the two countries, one that was apparently set to last for decades.

Exacerbating the French anger is the fact that the problems cited as plaguing the Franco-Australian deal – cost overruns and design issues – all stemmed from Australia’s insistence on conventional submarines rather than nuclear-powered ones. This meant that France had to reconfigure its nuclear attack submarine designs in order to accommodate and fit the request for diesel-electric propulsion.

French Foreign Minister Jean-Yves Le Drian made it clear over the weekend that France saw the pact, and the resulting abandonment of the submarine production contract, as a “stab in the back” by close allies, as he accused the Australians and the Americans of “lying, duplicity, and a major breach of trust and contempt”.

The US State Department was reportedly blindsided by the French response, not expecting the furious reaction. Seemingly, the US diplomatic side expected the Australians to break the news to Paris, which Canberra reportedly did mere hours before publicly announcing the pact.

French government spokesman Gabriel Attal confirmed on Monday that Biden’s office has requested a phone call with Macron this week. The spokesman made it clear that Paris wants “explanations”. Attal also noted that Washington will have to answer for “what looks a lot like a major breach of trust.”