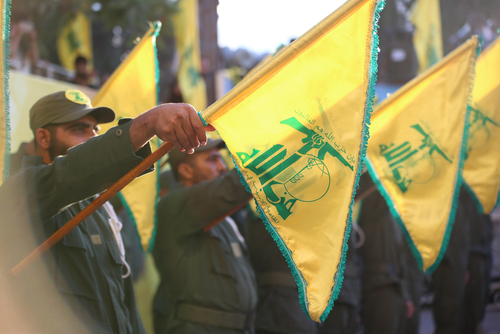 Brussels (Brussels Morning) The Lebanese judge looking into the deadly 2020 explosion in the port of Beirut was forced to suspend his investigation for the third time, after a former minister summoned for interrogation filed a lawsuit against him.

Judge Tarek Bitar is now facing a total of 15 lawsuits, most filed by former government ministers suspected of negligence that led to the Beirut port blast. The latest lawsuit, initiated by former Minister of Public Works, Youssef Fenianos, forced the probe into the blast to be suspended for the third time, as Bitar now has to await a ruling.

Bitar faces opposition from the Shiite movement Hezbollah, which has accused the judge of being biased against its members, even though families of the blast victims and the rights groups involved believe such accusations are unfounded.

Hezbollah claims that Bitar is deliberately singling out politicians allied with the group in pursuing his investigation into the deadly blast of August last year, when more than 200 people were killed and several city districts were levelled completely.

A protest against Bitar organised by the Shiite group earlier last month ended with six people dead, as armed clashes erupted along the street separating the Islamist and Christian residents of Beirut, leading to the deadliest exchange of fire since the 1975-1990 civil war in Lebanon.

Demanding that Bitar be removed from the investigation, Hezbollah said its government representatives will boycott cabinet meetings until a decision to remove him is reached. This has caused the nascent cabinet of Prime Minister Najib Mikati to hold no sessions for the past three weeks.

On Thursday, PM Mikati condemned attempts to force the government to intervene in judicial affairs, stressing how the government has done its best to keep the Beirut blast probe free from any political interference. Bitar’s predecessor as lead investigator, Fadi Sawan, was also pressured by Hezbollah and forced to suspend his probe on a number of occasions, before eventually being replaced in February, a move that was denounced by rights groups as an act of political interference.