Are the global smugglers doing business at ports of South Eastern Europe? 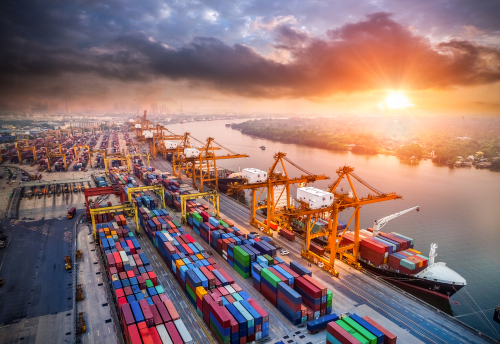 Belgium (Brussels Morning Newspaper) The ports of South East Europe are beginning to be vulnerable to drug and tobacco traffickers from around the world. These are the findings of the new report of the international non-governmental organization Global Initiative Against Transnational Organized Crime (GI-TOC) headquartered in Geneva.

The report by the GI-TOC, titled as “Portholes: Exploring the maritime Balkan routes”, notes that eight tones of cocaine were seized in the last four years in SEE ports, stressing that synthetic drugs and counterfeit cigarettes are regularly intercepted in the region’s ports, along with the illegal waste.

According to the report the region’s proximity to lucrative markets in Western Europe, its links to North Africa and Turkey, and increased traffic from Latin America and Asia, combined with vulnerabilities linked to corruption, create ideal conditions for criminal networks to engage in such trafficking. The problem seems to be growing,. 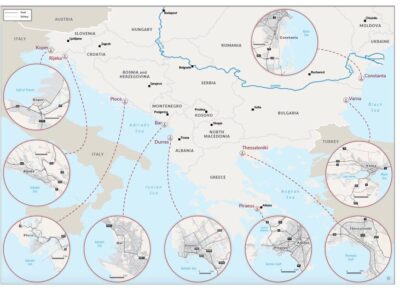 “There seems to be a shift in trafficking patterns. Because of measures designed to restrict migration flows and COVID; the displacement effect of major seizures of cocaine in Belgium and the Netherlands; and disruption caused by the war in Ukraine, traffickers are looking for alternative routes.” – said Walter Kemp, co-author of the report

The document notes that major busts of cocaine – usually concealed in boxes of bananas – in ports such as Durres (Albania), Ploce and Rijeka (Croatia), and Thessaloniki (Greece) have aroused suspicion that south-eastern European ports are becoming more attractive for traffickers. This has been compounded by major seizures of heroin in the ports of Constanta (Romania), Koper (Slovenia), and Varna (Bulgaria) as well as the long-standing problem of cigarette smuggling, particularly through the ports of Bar (Montenegro) and Piraeus (Greece).

Based on case studies of these nine commercial ports in the region, the report traces the main trafficking routes and explains the concealment techniques used. It also looks at the ecosystem of ports and their vulnerabilities and describes the criminal actors who operate in and around the ports.

Ruggero Scaturro, lead author of the report notes that In some ports, there seem to be cells of criminal groups that operate as part of wider transnational networks. Several ports are crime magnets, not only attracting local criminal groups but also those from land-locked countries that need an outlet to the sea.’

According to the report, there are still lapses in security due to insufficient scanners and incentives for corruption, even though some countries have made great strides to improve port security in line with the International Ship and Port Facility Security (ISPS) Code. GIA warns that ports are significant as key entry and exit points for large-scale illicit trade as well as being a vehicle for laundering money through investment in and infiltration of private or public contracts.