Anchovies, Champagne and America’s Second Amendment & The Siege of Bastogne

by Jack Gaioni
in Opinion 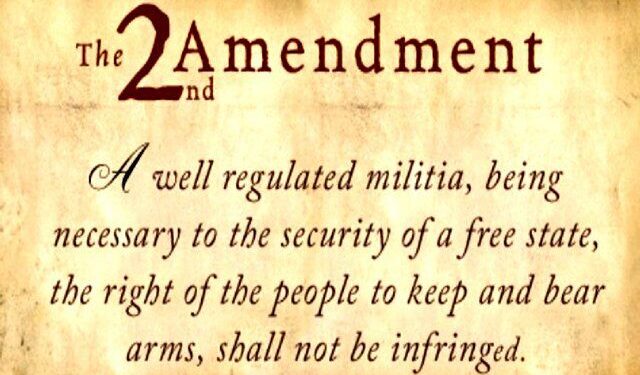 Belgium, (Brussels Morning Newspaper) Collectively, “Baby Boomers, Gen-Xers, Millennials, and the Greatest Generation” are memes which are used to label the ideas and behavior of American generations. My father was a text book member of the latter—the Greatest Generation. These were Americans born in the early 1900’s through the 1920’s. They lived through the Great Depression and many enlisted and fought bravely in World War II. Characteristic of many of the war veterans of the Greatest Generation was a type of resolve through a sturdy, deliberate silence. This was before the age of Oprah—-before an increase in people’s desire to discuss their emotions publicly. My father never talked of his experiences as an American soldier. He felt no need to fill up the air with words. As a small boy, I was curious and inquisitive about his war experience. Were you in combat? If so, where? Under what conditions? Heroism? Were you scared? His answers were always cryptic—- one- and two-word retorts with nothing in depth. My father and many of his Greatest Generation cohorts were reticent in a “strong, silent John Wayne” kind of way. There was one major exception to his habit of non-disclosure however. It involved his duty in Belgium, some tin cans of anchovies, a bottle of champagne and a 45-caliber pistol. Let me explain ….

The Siege of Bastogne, Belgium (Dec. 18-26,1944) was one of the most pivotal in the Battle of the Bulge. American and German forces met face to face in the Belgian Ardennes town of Bastogne. The Germans had surrounded the U.S. 101st Airborne division for days while the Americans, outnumbered 5 to 1, hoped for reinforcements. My father was one of those soldiers trapped—-literally trapped —in an outdoor fireplace. For (3) days (Christmas included) he was pinned down in a cross fire with nothing but some tins of anchovies, a bottle of champagne and his service weapon—a 45 caliber revolver. Certainly, it must have been traumatic but he seldom articulated the experience. By Dec.26th the Americans were able to get supplies and reinforcements. They drove the Germans back, ultimately forcing them out of Belgium. He had survived.

Flash forward to the mid-1950’s and a more peaceful time. My father found himself married, with two children (full disclosure: my sister and I are Baby Boomers!) living in his hometown of Avon, Connecticut. Life was good—-with peace and prosperity. One of my earliest memories was of our Sunday night traditions. As a family unit we would have a pizza delivered while watching T.V. My father insisted on anchovies on the pizza while the rest of us protested: “too salty! too fishy! too slimy!” we exclaimed but he was resolute. One day, under his breath, and in a rare display of self-reflection, he confessed that he associated anchovies with the gratitude he felt for his survival in that fireplace in Belgium. We were so moved by this benign admission that our protests stopped immediately.

Champagne—-good champagne—is believed to heighten the five senses of hearing, sight, smell, touch and taste. I am fairly certain that being caught in a life-or-death crossfire, my father’s senses were already on high alert. Regardless, he did indeed spend Christmas in that fireplace with only that bottle of champagne to drink. Coincidence or not, a glass or two of Champagne at Christmas was yet another family tradition. I remember him savoring that champagne with a solemn reverence, again not saying much, but displaying a palpable aura of gratitude. After his demise (way too prematurely) in 1971, our family continued the champagne Christmas tradition with a toast to my father. Along with the 5 senses, our sense of gratitude invariably was heightened.

Finally, his gun…. the third item while trapped in that Bastogne fireplace. I now have his 45 caliber in my possession (safely stored!). That puts me on the “gun owner” side of America’s much debated 2nd amendment. I find myself of two minds when it comes to my possession of his gun. I understand our founding father’s logic in developing a constitutional amendment because of what they saw in other parts of the world. They believed “an armed citizenry is the best and most natural defense against threats, whether from a tyrannical government, a foreign army, an anarchic mob, or an individual criminal.” I am reminded of something Japan’s Emperor Hirohito once said he would never: “attack America because he knew Americans had guns, knew how to use them and that here was a rifle behind every blade of grass.” The counter argument against the 2nd amendment, also makes sense. There are over 430 million guns in the United States —a country of 330 million. Violent crime, especially involving guns, in urban areas is rising exponentially as are mass shootings. Any talk of gun ownership restriction, gun confiscation is met by increased gun sales. It seems as if gun rights, both for and against, are too ingrained in the American D.N.A for any easy answer. As President Obama once said (paraphrase). “The problem can’t be solved, merely managed.”

My father never mentioned his use or non-use of his service revolver during that 3-day episode in Belgium. Did he fire it? Was the gun always drawn and ready to use? Did It save his life? How much different would he have felt if he didn’t have the gun? The answers to these questions have been taken to the grave.

Anchovies, champagne and a pistol—things so unlike that there’s no basis for comparison—always invoke very positive emotions for me. Upon tasting anchovies (I now always order them on my pizza), sipping champagne, or owning his pistol, I invariably spend a few moments thankful for my father’s wartime survival. My appreciation for his fatherly guidance grows that much stronger. I too find myself in a crossfire—- a crossfire of appreciation, thankfulness and gratitude.