We must act to protect Europe’s cultural and creative sectors

by Alexis Georgoulis MEP
in Opinion 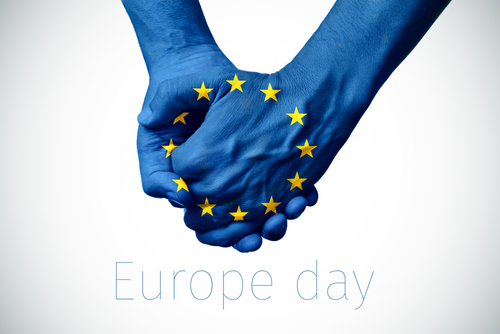 The pandemic proved how important out cultural and creative arts are, it’s our turn to help rebuild their broken economy, argues Alexis Georgoulis MEP.

Brussels (Brussels Morning) Dozens of show business workers are occupying theatres in France to demand the government reopen cultural venues and end a months-long halt to performances due to the coronavirus pandemic. Music fans, on the other hand, in Barcelona hugged, danced and sang along at a sold-out rock concert after taking rapid COVID-19 tests in a trial that could revive the live music industry in Spain and beyond.

Culture is most crucial for the quality of our lives. It is the emotional aspect of society’s structure, which is why people turned to culture during the pandemic to help endure the burden of confinement.

Culture is also crucial for our democracy as it raises awareness of important social and global issues while being a fundamental part of our economy, not just for its role in how we spend our leisure time and disposable income but also for its link with other economic sectors, like tourism.

Culture and creativity are the cornerstones of social structure. Human societies and people are not built around technical and mathematical terms and rules. The basis of communities lies in empathy and the effects that are cultivated and shaped through culture. It is, therefore, a component that makes society human-friendly. It creates bridges between different sectors and perspectives. That is the most useful heritage of humanity.

Culture is the ark through which information and messages are passed down from generation to generation over the centuries. The transition from early art forms to high art forms and the leap to free expression.

Unfortunately, after a year of containment measures to tackle the pandemic, creative and cultural sectors (CCSs) are seemingly among those most affected. The closure of theatres, opera venues, concert halls, cinemas, museums and art galleries has had a severe impact. Fewer than 2% of European cinemas were open between the lockdowns, and nearly all museums have been closed.

There has been a turnover decline of up to 98% for performing arts, 95% for book sales and 76% for music audiences. It is estimated that turnover in the Union’s CCSs has fallen by 80% in 2020, which means an incredible economic shock with dreadful results for the people working in these sectors.

In September 2020, the European Parliament adopted a resolution on the cultural recovery of Europe by an overwhelming majority (598 MEPs in favour). Among other things, the resolution calls for at least 2% of the Recovery and Resilience Facility (RRF) to be dedicated to the CCSs. This percentage is justified as the CCSs account for 3.7% of employment in the EU and around 4% of its GDP. Its contribution extends to all sectors creating role models and methods as in the science of psychotherapy or the creation of promotional activities.

In December 2020, I was one of the initiators of the letter signed by 104 MEPs and many cultural organisations, where the same proposition was repeated. The letter was addressed to European Heads of State, Ministers of Culture and Ministers of Finance and the Commission. But to be heard, we need to shout louder.

There is no guarantee that during the evaluation process of the national plans submitted for the RRF, the Commission will support measures that dedicate at least 2% of the RRF to the CCSs. That is why a new letter has been signed by 87 MEPs insisting on adopting this measure. We will not stop until we reach our goal.

The pandemic exposed the fragile position of many workers in CCSs, even before the pandemic. The multilevel vulnerabilities existing already in these sectors (seasonal and irregular employment, precarious working conditions) became more severe when COVID-19 hit our societies, and since then, the labour rights of the people employed in CCSs are seriously threatened.

It is thus essential to protect and empower cultural workers through improved social provisions and working conditions. Moreover, the Union must create a framework for official recognition of the rights of those employed in these sectors and formulate policies to safeguard their rights as part of the European Pillar of Social Rights, the European Social Fund+ and EU cohesion and employment policies.

From all the above, it is clear how vital it is to ensure the financial support of the CCSs. The “Creative Europe” programme’s budget, although higher than it’s been before, is not sufficient. European institutions and national governments must understand the need for more generosity in budget allocations for creators and artists and organisations active in culture.

The losses are significant and the CCSs cannot recover from this crisis without substantial financial support. We need to understand how important culture is for the development of Europe’s strategic areas and the strengthening of European society.

The cultural and creative sectors need our help so that, in turn, it can help us overcome such difficult times.