The Myth of the Republican Party Civil War 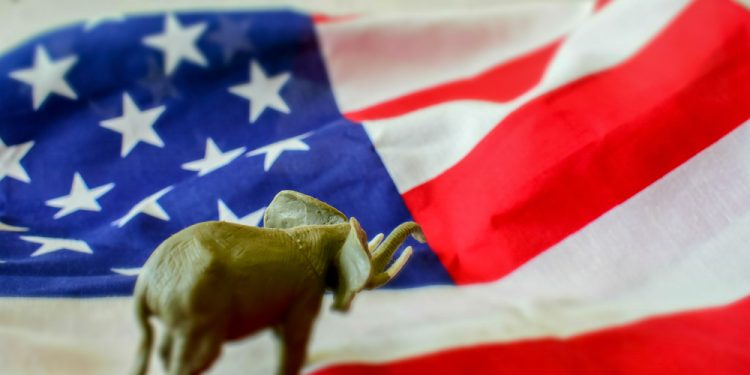 New York (Brussels Morning) Towards the end of 2020 we began to hear rumblings in the media about a “civil war” within the Republican Party. This idea picked up momentum following the insurrection at the Capitol on 6 January.

The outline of this argument is that the Republican Party is being torn asunder by, on one hand, those who want to put the Trump era behind them and return to being a conventional conservative party, and on the other, Trump loyalists who still believe Trump was a great president with virtually no flaws and, if possible, would like to return Trump to the White House in 2024. Sometimes this is characterized as a struggle between the Trump wing and the establishment wing of the party.

This argument is very appealing to the media and political class, because it implies that the Republican Party still has some thoughtful conservatives who believe in the idea of democracy and are interested in reversing the democratic rollback of the last few years.

Unfortunately for America, the idea of a Republican civil war is essentially a Republican talking point. The truth is very different. The party that has spent the last four years encouraging, enabling and collaborating with Donald Trump does not have an anti-Trump wing. Most anti-Trump Republicans have already left the party or have been pushed to the fringe of the party.

There are, in fact, very few Republicans who have consistently spoken out against Trump’s assaults on democracy. For example, in early 2020, only one Senate Republican, Mitt Romney, voted to convict on impeachment. More recently, while the media breathlessly reported the news that ten Republicans in the House of Representatives voted for impeachment, by doing that they buried the lede, that even after the events of  6 January, 197 Republicans voted against impeaching Trump.

Similarly, as the media enthusiastically reports that a small handful of Senate Republicans seem open to convicting Trump if there is an impeachment trial, they minimize the more important story, that most Republicans in the senate are still committed to supporting, and acquitting, Trump.

There are differences in views of Trump within the Republican Party. Some, like Senate Majority Leader Mitch McConnell, spent the last four years supporting Trump, but recognize that he is now a figure of the past. Others, like many of the backbenchers in both houses of congress, fully support Trump and almost never speak out against anything he does.

Then there are some in and around the party like newly elected Congresswoman Lauren Bobert as well as Senators Josh Hawley and Ted Cruz that aggressively promote Trump’s lies and bigotries. Even the most anti-Trump factions of the GOP, who have spoken out against him since the events of 6 January, were fully supporting him, with precious few exceptions, that morning. These are differences of degrees, not of kind, and hardly the stuff of an intraparty civil war.

The narrative of the Republican civil war is further helpful for the party because it obscures the extent of their depravity over the last four years. It makes it easier for Republicans, who now claim to be concerned about Trump’s behavior in recent weeks, to gloss over their support for Trump’s policy of putting children in cages at the border, his consistent embrace of far right and white supremacist elements in American society, the corruption that permeated his administration and his efforts to undermine democratic institutions such as a rule of law and fair elections.

Beyond simply supporting Trump’s policies and being silent in the face of his hateful and perhaps criminal behavior, the GOP spent much of 2020 contributing to Trump’s catastrophic and deliberate mishandling of the COVID-19 crisis.

By saying nothing when Trump regularly belittled the threat of the pandemic, proposed quack medical solutions, mocked the idea of masks and facilitated super spreader events, the Republicans made themselves complicit in what amounts to a crime against humanity on the part of Donald Trump. That is today’s Republican Party, and a few stern words, or floating the idea of voting to convict during an impeachment trial, does not change that.

The view that the Republican Party is about to tear itself apart trying to wrestle with the legacy of the Trump administration is another case of the American political class wanting to believe the crisis is less acute than it really is.