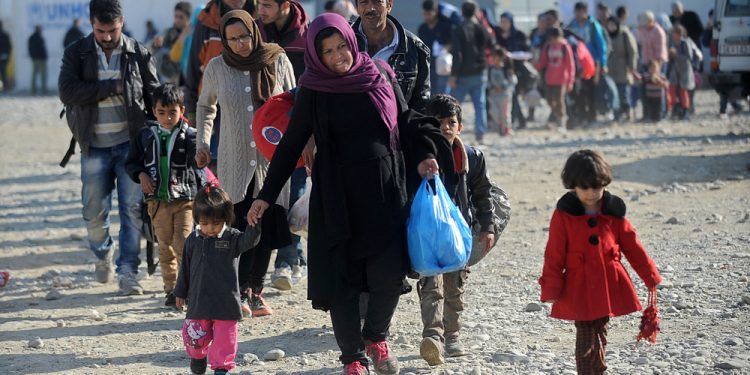 Bogorodica, Gevgelija, Macedonia, August 21 2015: Refugees and migrants are moving towards the railway station in Gevgelija.

The NGO stressed that Hungary is ignoring complaints about the practice of escorting illegal migrants to Serbia without due process, asserting that this presents a violation of human rights.

Hungary has been very strict with border control as an EU member state with the bloc’s external border, which has contributed to the worsening of relations with some of its counterparts in the EU.

In December, the EU Court of Justice (ECJ) ruled that Hungary violated the bloc’s rules on protection of migrants, with Hungarian police escorting back 2,346 illegal migrants since then according to police records. In addition, the records show that police detained and launched proceedings against 120 such migrants, suggesting the primary method is swift expulsion.

Proposals of the Hungarian Helsinki Committee

The NGO urged the police to abandon the practice and called on the European Border and Coast Guard Agency (Frontex) to terminate cooperation with Budapest.

András Léderer, Hungarian Helsinki Committee information and advocacy officer, pointed out that “neither the government nor Frontex replied to our letters.”

A Hungarian government spokesman stressed the government “will continue to protect the borders of Hungary and Europe, and will do everything we can to prevent the formation of international migrant corridors.”

Frontex spokesman Chris Borowski noted the agency is assessing the impact of the ECJ ruling on its activities in Hungary.

The Hungarian Helsinki Committee points out that Frontex pledged to part ways with EU member states that violate human rights, which is what the NGO is basing its call for severing ties with Hungary.

Commenting on Frontex activity in Hungary, the NGO warned “the Agency turned a blind eye towards well-documented systemic human rights violations at Hungary’s Schengen borders for more than four years.”