How EU trade and investment deals can fight climate change 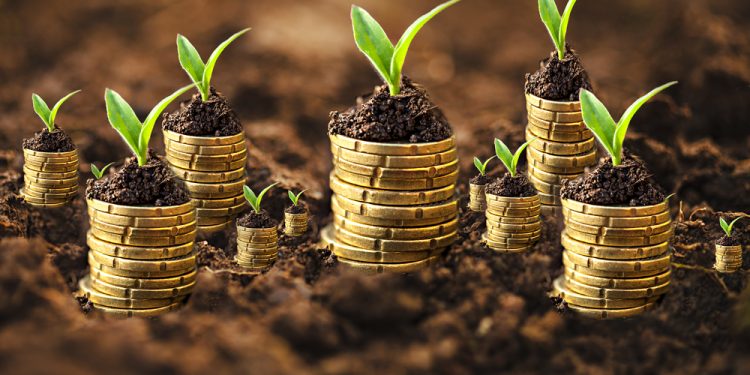 Hamburg (Brussels Morning) In a milestone for climate policy the EU has concluded within days of each other two landmark economic agreements — a potential turning point for the environment. Announced on 24 and 30 December, respectively, the Brexit (trade) deal and the Comprehensive Agreement on Investment (CAI) in principle with Beijing (investment) profoundly innovate international trade rules. Both deals are part of the positive 2020 momentum for the environment, with major economies set to go climate-neutral by mid-century. The news ends the year on an unexpectedly upbeat note for climate protection.

In tow, the deals mainstream climate and environmental principles and standards to attain their economic goals and ensure the “level playing field”. But does it make 2020 a watershed for the climate? One thing is sure; the international context has changed. In just a few months, results unthinkable 30 years ago have been achieved.

NDC (Nationally Determined Contributions) updates over 2020 got Paris closer to its goals, but there is still have some way left. Global emissions will have to fall by 7.6% per year until 2030 to win over the existential threat of climate change, an impossible feat unless the economic system changes in line with the impact the exit of fossil fuels will have — economically and socially. To provide some semblance of the effort required, think that in 2020, emissions dropped by about 7% due to COVID-19.

With its unilateral commitments for climate neutrality and the agreements on Brexit and CAI, the EU is mainstreaming policies in global governance regimes, paving the way for global energy systems and international trade reform at World Trade Organisation (WTO) level. The Italian G20 presidency can build on the policy momentum towards this final goal ahead of the Glasgow and Kunming Conference of Parties (COP).

What has happened and why it is new

Recently, the EU and other major economies have made unilateral and unconditional commitments to zero emissions. The operational model is simple and effective: the end to the fossil era is down to a renewed fiscal system, leverage prices that factor the real costs of industrial activities and products — in terms of greenhouse gas emissions and other sustainability factors. It is becoming increasingly clear that the WTO rules are not fit for purpose — inadequate or even obsolete — for the new zero-emissions eco-economy, starting with a growing intolerance for fossil fuel subsidies. On that road to reforming global governance, both CAI and the Brexit agreement were milestones.

The agreement with London enshrines the commitment to reduce emissions across every sector, including aviation, and establishes clear monitoring and enforcement mechanisms for carbon pricing. The agreement with Beijing is part of the virtuous dynamic of strategic collaboration on climate and the environment in view of COP26 in Glasgow on climate and COP15 in Kunming on biodiversity.

Principles and benchmarks for environmental and climate sustainability are being incorporated into the Union’s economic agreements, which will eventually become a convergence tool to ensure the “level playing field” necessary in Brussels.

“For the first time in history, the EU is integrating climate objectives into all sectoral policies and international trade agreements”, explains Mauro Petriccione, the Italian lawyer in charge of the European Commission’s climate directorate general, talking to Brussels Morning.

“With the Green Deal”, he says, “the EU will prove that a zero-emissions economy is not only possible, but it is also a better and fairer model. A transformation of this size, which is a revolution, offers an opportunity to act to avoid perpetuating inequality”.

As the former environment minister of Italy Corrado Clini notes, this is a profoundly innovative model, which the Italian G20 presidency seems intent on making its own while taking advantage of the US change of pace on climate.

Faced with the “existential threat” of the environmental crises, Biden-Harris are determined to put the US back in the running for industrial leadership in the post-fossil fuel economy, with Washington announcing a new course for energy and green technology.

The race has begun.

Even Europe has prioritised removing regulatory barriers and contradictions and consolidating a sense of policy direction. The first step is revisiting the Energy Taxation Directive (ETD), which dates back to 2003 and is now obsolete, according to a recent Commission report.

In parallel with the transformation of the single market, Brussels is weaving a network of international agreements to support worldwide energy and environmental policy transitions.

“Standards, fiscal instruments and price levers”, Petriccione points out, “will change production models, product types and value chains. But the prices of natural resources and raw materials will also change in order to adapt them to reality”.

“If we want to build this working model for the economy of the future,” Petriccione continued, “we have to make sure that we can protect our markets from carbon delocalisation”.

Protecting our markets from “delocalization” means that we are not redistributing emissions from one part of the world to another, but we are actually reducing emissions and, therefore, changing the economy.

“So far, we have been successful”, says Petriccione, “With the Green Deal, however, our climate policies are being tightened up even more and their application is being extended to all sectors. So we will need new instruments. Among them, the Carbon Border Adjustment Mechanism (CBAM) can ensure the competitiveness of the European industry.

CBAM is a tax calculated according to the value of the emissions needed to produce the input goods or other extended sustainability principles. The aim is to avoid competitive distortions in the prices of goods produced within the Union. “The CBAM would not be my first choice”, says Petriccione, “but it is necessary in the Commission’s toolbox”.

From this perspective, the geopolitical landscape is changing. An EU agreement with the world’s second-largest company that “carries” London sends an unequivocal signal to the US.

Due to the alignment on carbon pricing in the Brexit deal, London’s exports are unlikely to be subjected to the CBAM. It is more likely Britain would want to follow the EU’s example in applying a carbon tax on imported goods. In this context, it cannot be ruled out that the US might also decide to include similar measures in its trade agreements.

In the medium-term, an economic-productive area as vast as Eurasia with European and Chinese export markets will “seal carbon leakage”, setting up ad hoc mechanisms for joint environmental monitoring and common standards.

In other words, the alignment on climate and environment allows Brussels and Beijing to exploit the competitive advantages acquired with shrewd policies on renewables and green technology and the development potential inherent in the eco-economic transition, but also to resist better the pressures of the many actors— state and non-state — penalised by the industrial revolution underway.

While competing between themselves, they will ensure there is no “race to the bottom” imposed by trade partners that undermine the transition by their commitment to environmentally devastating technologies.

The EU’s objective is nothing less than a refounding of the EU economy. Brussels aims to create the first operational model for a rapid transition to a post-fossil digital future for global geo-ecopolitics. The world of tomorrow will be powered by renewable energy. “And this is happening”, Petriccione clarifies, “on the basis of internal strategic and geopolitical interests”.

Put simply, in the race for the eco-future, Europe regulates to maintain and strengthen the technological advantage that it has achieved.

One example of this is the car industry. Criticism of plans to revise the emissions and fuel directives misses the point. Like Nokia, the European automotive industry is in danger, with a few farsighted exceptions, of losing the fight for technological survival.

For similar reasons, China is meeting Europe halfway. Beijing’s commitment to carbon neutrality by 2060 means that Europe and China are moving in parallel in a trade area encompassing the world’s two biggest markets.

In the vision of von der Leyen’s Geopolitical Commission, the Green Deal is central. If successful, it could become the new founding pact of the EU in a politically integrated continent.

The future of the Euro-Atlantic partnership

In the great game with China, Brussels cannot fail to consider its original values and international balances, particularly American discontent.

Beijing’s political realism has thus allowed the agreement to include commitments in sensitive and politically controversial areas such as labour and corporate social responsibility, or the call for the still unclear “competitive neutrality” of state-owned companies.

However, it is always economic necessity that drives change.

Petriccione notes that “the next industrial revolution is already underway”, and, as technology reshapes global value chains, stakeholders are trying to position themselves in the emerging markets of the future.

From this perspective, China’s new ‘dual circulation’ strategy is not just a reaction to growing geopolitical tensions but a consequence of profound changes in production systems.

What about the US-China relationship? Petriccione says that “While in the field of energy and energy independence, the geopolitical interests of Beijing and Brussels are closer, the differences between Europe and China remain very deep and cannot be ignored. In a political sense, the US remains a natural ally for Europe”.

That said, Biden and concerted action at the G20 level, as well as economic reality itself and new industrial interests, could change the current perspective of US policy.

All eyes are now on the Biden Administration, ahead of the next G20 Summit, where the new articulation of US industrial interests will presumably come to the fore. The EU can only hope that the US will seek to capitalise on its technological leadership, upgrading its industrial systems to meet the challenges and harvest the opportunities of this new frontier in human civilisation.

Every cycle of innovation rises from the ashes of the old system. Those who lead disruptive trends reap geopolitical and economic benefits.  As Proverbs 29:18 says, “Where there is no vision, the people perish”.