US urges EP to extend Magnitsky Act to include corruption 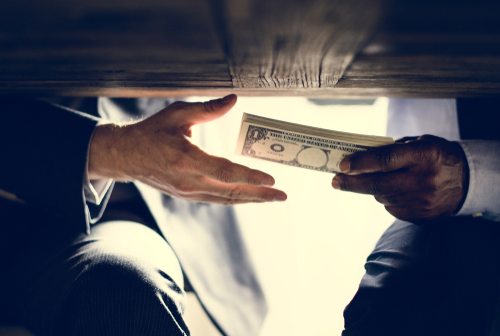 Brussels (Brussels Morning) The US Helsinki Committee urged the European Parliament to include corruption in the Magnitsky Act, its global sanctions legislation, when members met with the Parliament’s Human Rights Committee (DROI) on Tuesday.

In December 2020, the EU adopted the Magnitsky Act, the legal framework that allows for targeting individuals and entities — both state and non-state actors — responsible for or associated with serious human rights violations and abuses anywhere in the world.

“We find corruption is really the fuel behind human rights abuses”, said Senator Ben Cardin, Chair of the US Helsinki Committee, who encouraged the EU to expand its global human rights regime by including corruption in the framework.

The EU’s Magnitsky Act followed the thrust of the US Magnitsky legislation, which was enacted in 2012. However, the EU legislation focuses solely on EU sanctions in relation to human rights breaches whereas the US act applies also to acts of corruption.

“The US has included corruption in its Global Magnitsky Act and it is my firm belief that the EU should do the same. Excluding corruption impedes us from targeting human rights abusers”, MEP David Lega (EPP) told Brussels Morning.

Senator Cardin described the US legislation as “a powerful tool” for advancing human rights, well known to “human rights abusers, as well as activists”.

William Keating, Chair of the US Foreign Affairs Committee, said it was important to strengthen Magnitsky Act provisions, given the rise in “democratic backsliding and attacks on human rights” in recent years.

Countries like China and the Republic Democratic of Congo have been cited by the Magnitsky Act for such human rights violations as those experienced by the Uighurs in China and the near-slavery conditions workers endure in which minerals are exploited in places like the Congo in Africa.

Addressing the meeting, MEP Andrea Cozzolino (S&D) noted the “importance of this dialogue to reinforce relations between the EU and the US”.

Bernard Guetta (Renew Europe) drew attention to the fact that intelligence services on both sides of the Atlantic hold a considerable amount of pertinent financial information, and so questioned where the frozen assets of human rights’ violators might end up.

“It is not just a matter of moral consistency […] defending democracy we have to be credible to the entire world. We cannot simply falsely say that everything is perfect and we’re the world greatest democracies. We have to prove that we have the tools”, Guetta exclaimed.

“The EU should always seek to coordinate our actions and our sanctions with democratic allies. In that regard, the discussion on this topic with our American friends was fruitful. I was indeed satisfied to hear the broad consensus on further cooperation and coordination”, MEP Lega declared.

Yet, despite its notable efforts in pioneering the original Magnitsky Act, some critics claim that the US retains a reputation for somehow playing down or applying double-standards towards human rights globally.

“The United States has been inconsistent in defending human rights abroad and has been complicit in or has committed serious abuses in its foreign policies and engagement”, a Human Rights Watch (HRW) statement issued in November 2020, noted.

Nonetheless, HRW acknowledged that the US has the “power, influence, and resources to create positive change” for human rights beyond its borders.

MEP Jordi Solé (Greens) congratulated the “good step forward” that the EU, the US and other democracies have taken in promoting human rights sanctions mechanisms.

“But when implementing sanctions we must avoid double standards and be very consistent with our own internal standards on fundamental rights, and coherent in our external action”, Solé told Brussels Morning. Consistency, he said, is essential when applying such sanctions.

MEP Oezlem Demirel (The Left) concurred, pointing out that the “bitter reality” is that the Magnitsky Act won’t be used for humanitarian reasons or even to support democratic movements but to “serve EU economic and political interests”.

“That is why the EU continues to refrain from sanctioning the Saudi Arabian dictatorship, while other countries, where the ruling elites act against EU’s capital interests, are quick to take action”, a somewhat sceptical Demirel maintained.