Turkey says it cannot take next wave of Afghan refugees 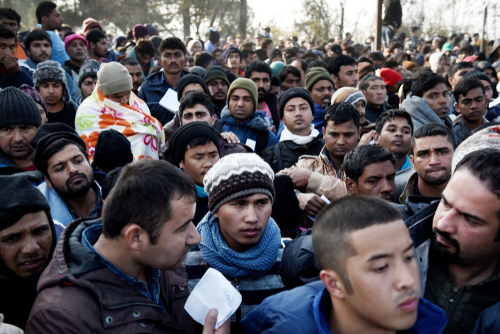 Brussels (Brussels Morning) Turkish Foreign Minister Mevlüt Çavuşoğlu said his country cannot bear the “burden” of a fresh wave of refugees coming from Afghanistan, after it has already housed hundreds of thousands of migrants during previous migrant displacements.

Speaking after the meeting with his German counterpart Heiko Maas in Antalya on Sunday, Çavuşoğlu said his country has “sufficiently carried out” its moral and humanitarian responsibilities when it comes to migrations, and said that taking on additional refugees was “out of the question”.

Many EU countries are fearing a repeat of the 2015 scenario, when a civil war in Syria and instability in the Middle East pushed millions to leave their homes and seek safety and better lives in Europe.

An agreement reached between the Union and Turkey in 2016 saw Ankara house more than 3.6 million refugees and migrants on its soil in return for billions in EU funding for refugee projects. Currently there are around 300,000 Afghan refugees living in Turkey. The country is reinforcing its eastern border to prevent a further influx after the takeover of Afghanistan by the Taliban.

Maas and Çavuşoğlu also discussed the future of the Kabul airport, which Turkey has offered to manage after the rest of NATO troops withdraw from the country. The German Foreign Minister said that Turkey will play a key role in the reconstruction of the airport.

Maas promised that Germany would be helping Turkey restore and manage the airport, both in finances and technology. The civilian part of the Kabul airport is currently heavily damaged, with only the military part remaining in operation.

Turkey has already held talks with the Taliban on future management of the airport, with Turkish President Recep Tayyip Erdoğan promising the Islamic group his country would help with building the country’s infrastructure at a future point.