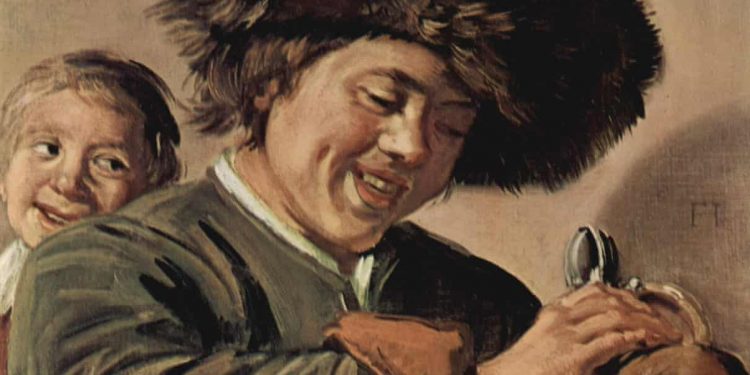 It’s nothing to smile about for lovers of Dutch art. Police have reported that Two Laughing Boyswith a Mug of Beer, by the old master Frans Hals, has been stolen for a third time.

The Golden Age work, painted in 1626-7, was snatched from a small museum in the town of Leerdam, near the city of Utrecht, early on Wednesday morning.

Thieves forced the back door of the Hofje van Aerden museum to steal the painting, setting off an alarm. But by the time officers arrived at 3.30am, there was no sign of the perpetrators or the Two Laughing Boys.

The painting has been stolen twice before, according to the Dutch police statement. In 1988 it was taken along with Jacob van Ruisdael’s work Forest View with Flowering Elderberry, and recovered after three years. In 2011 the same pair of paintings were stolen for six months.

Dutch media reported that security at the museum was tightened up after the second theft. The museum’s most expensive works were only available to the public under supervision. Two Laughing Boys has an estimated value of €15m (£13.4m).

Sjors Fröhlich, the mayor of the Vijfheerenlanden municipality that includes Leerdam, said it was sad news and he hoped the painting would soon be recovered.

Frans Hals, who died in 1666, has been described as one of the great portraitists of the Dutch bourgeoisie of the Golden Age. Known for the cheerful spirit of his subjects and impressionistic brush strokes, one of his most popular paintings is The Laughing Cavalier, which depicts a confident young man with upward-pointing moustache, extravagant hat and assured gaze.

Police said the investigation to recover the painting would call on forensic specialists and art-theft experts from the national department. Officers are also checking CCTV images and have appealed for information from the public.

A spokesperson for the museum, which was closed due to the coronavirus pandemic, referred all questions to the police.