TRA 2022: Better infrastructure and sustainable fuels in scale are key to “green” transport 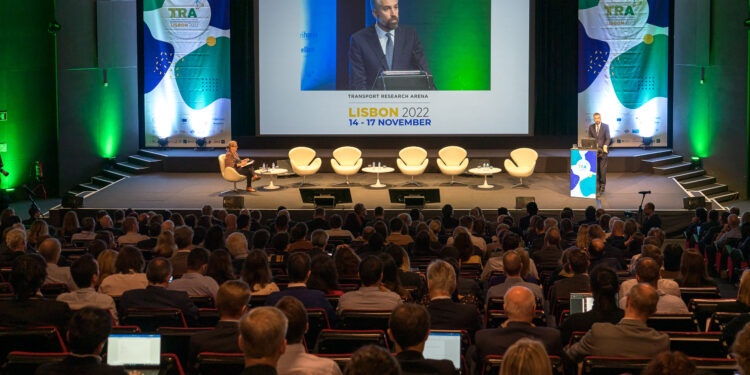 Belgium, (Brussels Morning Newspaper) The future of transport and mobility is on the spotlight during a four-day event taking place in Lisbon — the Transport Research Arena (TRA).

With the climate transition in mind, the first day’s debate, today, was centered around the decarbonisation of transport and innovative ways to deliver towards the green transition set by the EU’s Green Deal  — to reduce GHG emissions by 90% by 2050, compared to 1990.

Portuguese Minister for Infrastructure and Housing, Pedro Nuno Santos, welcomed the audience with a detailed overview of Portugal’s planned investments to completely modernise and complete the electrification of railways, known for being highly underdeveloped.

“Decarbonising mobility is not as straightforward as replacing petrol powered cars with electric and hydrogen cars. Electric cars may take up to 9 years to offset the CO2 emitted during its production. We need to invest in more circularity and new materials,” stressed the Minister.

Vowing for a shift towards rail, Manuel Nunes, CEO Siemens Mobility Portugal said the country’s railway needs to be reinforced to have a higher offering so travelers can have an alternative.  In addition, Nunes defends that “the key for the future is to have smart mobility as a service”.

Clean aviation, “smart” ships and electric mobility were among the key issues discusses during the first session, in which speakers noted the importance of a holistic approach in order to accelerate progress.

Despite great advancement in technology, Mary Lombardo, Vice-President Applied Research & Technology at Collins Aerospace said infrastructure remains currently the higher hurdle for the aviation sector. Still, Lombardo noted that “within aviation, Eurocontrol and the Clean Aviation Joint Undertaking, established a wonderful technology roadmap to put us on track to carbon-neutrality by 2050”.

Some of the most promising technologies to transform aviation include sustainable aviation fuels (SAFs), hybrid electric and hydrogen powered aircraft.

On the ground, a lot of discussions remain about the practical measures to reduce emissions, ranging from electric vehicles to sustainable fuels like hydrogen. However, speakers agree, there is no common solution to this great challenge.

Representing the automotive manufacturers, Sigrid de Vries, Director General of the European Vehicle Manufacturer (ACEA) said the [EU] policy framework must be consistency and not contradict regulations not to hamper efforts towards sustainability. For example, ACEA’s chief referred to the latest Euro 7, describing it a tool to “undermine the course to zero emission transport”.

“It’s not just about the vehicles but many other issues in the way to decarbonise transport and mobility,” said de Vries looking at the complexity of decarbonizing road transport.

When talking about the tough particularity of greening ships, René Berkvens, Chairman at SEA Europe, put an emphasis on the difficulty for the sector to reach the necessary amount of sustainable fuel.

“For shipping companies, it’s very hard to invest in new technology because there is no certainty over who can provide SAF, the regulatory frameworks are unclear,” Berkvens said.

He further noted that price and availability of fuel is fundamental recognizing that “we have a long way to go” moving goods in and around Europe in a clean way.

Berkvens identified ammonia as the potential clean fuel for the shipping sector while noting the fragility of the sector to undergo total electrification. “Electrifying a crew ship is comparable to electrifying a small village,” he said.

The TRA is the biggest European Research and Technology Conference on transport and mobility, which takes place every two years. The next edition, in 2024, will take place in Dublin.