The poor Boys are the victims of Bacha Bazi (boy dancer)! Belgium (Brussels Morning Newspaper) Young boys dance, wearing flashy female colorful clothes, and small silver bells attached to their hands and feet when the young boys. Once they start dancing, the bells ring with the movement and the act of the young boys excites the viewers and they scream “come to me, I am crazy about you, I am your slave, I want to touch your body, you are my love” and many other sentences. Some also throw money on these young boys.

In Afghanistan, women are not allowed to dance in public or at wedding parties in front of men. And so, instead of girls, boys wear women’s clothes, and play the role of “women”.

However, dancing is not the only action taking place, there is violence, prostitution, sexual and non-sexual abuse, and threats because often these young men are forced to finish their night with men from those parties.

Bacha Bazi seems to be part of the Afghan culture and is not considered a crime in the constitution.

However, the Afghan Human Rights Commission has just announced the criminalization of the role of Bacha Bazi or Bacha Behreesh (which translated to a boy without a beard). On this occasion, a case of pedophilia was revealed. The sexual abuse of children is considered revolting and people have called for the death penalty for those involved in such unacceptable acts.

Sexual abuse and sexual exploitation are daily social problems. The ignorance of sexual crime and sexual oppression can be like pluralistic ignorance by the society of any form of sexual violence due to social taboos. Forced sodomy of young boys is just another well-known practice of death in some cases.

Sexually repressed males have no choice but to turn to each other. This is not a single case in Afghanistan, but a growing phenomenon. This tradition dates to the age-old practice in rural Pashtun tribal areas such as the east and south of Afghanistan of keeping boy dancers in the south, but over time it has spread to the north of the country as well.

Another cause of this phenomenon is poverty, due to the constant conflict in Afghanistan, the economic state is very unstable, and these boys see this as a way of earning money.

In a phone interview a young boy named Asadullah,14 years old from the Lougar province, explained his reasons for turning to such practices. It certainly was not a choice. His parents were victims of a land mine on the road when he was 10 years old.  After the death of the parents, the family went to live with their uncle in the city of Muhammed Agha of Lougar.

They lived in a very bad economic state, after 2 years of struggles, his younger siblings became beggars and he became a boy dancer “Bacha Behreesh”.

He said that a rich man kept him and paid money to his family and helped them when he started dancing at 12 years old.

When asked how much he got paid, he was crying and couldn’t talk properly, he said “it was nothing, but it was not only physically painful when he gang-raped me and had sex with me, it was really painful emotionally swell ”  but he said that he had no other choice if stopped, his sisters and brothers would die out of hunger.

These children who are victims of Bacha Bazi cannot attend school, and these boys are also taken from their parents or taken from the streets and in most poor families and widowed families. Due to the fear and shame associated with it, parents are unaware of the abuse their children are facing.

Dr. Aziza Azimi, a former chilled doctor, said in a phone interview that it is shameful to talk about this problem and not accept its existence, but it is very difficult to stop it because of the lack of law in Afghanistan.

She stated that the abuse of boys, such as “Bacha Bazi or Bacha Behreesh” in Islamic countries like Pakistan, Iran, and Afghanistan, exists but in a different way. In Islamic countries in madrasas and mosques, where the authorities are complicit and use their power to abuse children.

On the other way some Police officers, some politicians, some high levels of government members, some Mujaheddins, and media personalities are all complicit in this abuse. She added

Child sexual abuse or “Bacha Behreesh” is the constitution of preying on the innocence and vulnerability of the child who is unable to understand or describe the crimes inflicted on him. Collectivist society ignores this problem and it’s a shame.

Fawzia Koofi former MP from Afghanistan in a phone interview said “Child abuse is any sexual acts performed on a child by an adult or an older child, which includes touching inappropriately around private parts, penetrative sex, sexual prostitution, and exposing children or making child pornography.

Mrs. Koofi added “I don’t think anyone can put these perpetrators in jail especially now with the Taliban in power. Children are kept as slaves and called Bacha Behreesh, which are forced to acts such as sexual relations and sodomy.” She thinks that if those guilty of child sexual abuse aren’t arrested and not judged, this process will continue. 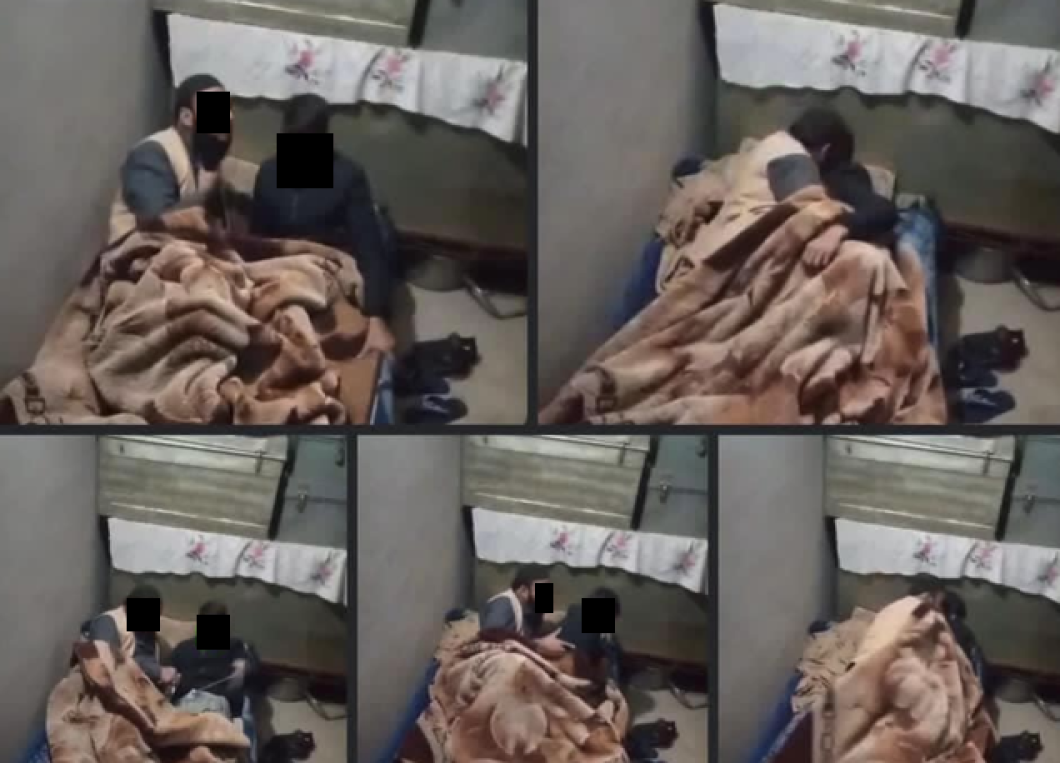 A young boy 15 years old working in the street of Frooshga in Kabul, was sexually abused by the Taliban. Ahmad Zaker who has a shop in the same area said in a phone conversation there is no control, they come in a car without a number plate and choose someone, and they force them to go with them.

This man mentioned “every day I see what is happing and what is going on with the poor kids. Taliban call themselves Islamic Emirate, but they do not respect Islam. I hate the Taliban.

These situations don’t stop by the natural borders in place. It occurs here in Belgium inside the refugee camps since it has been culturalized in the heads of so many. In a Phone call, the workers of the red cross in Belgium expressed an urgent need for a solution to this awful situation. A team is preparing some presentations and gatherings in order to shed light on the matter, bring awareness and hopefully prevent this from happening.