The Kamala Harris in Disarray Story 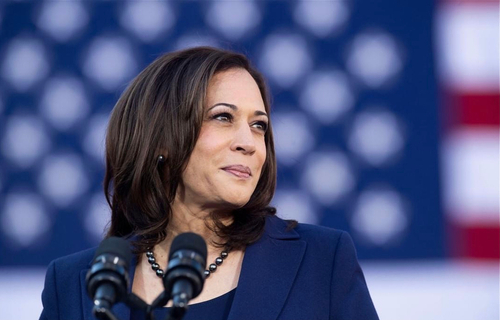 New York (Brussels Morning) During the 2020 presidential campaign, one of the unsuccessful attacks the Republicans made against the Biden-Harris ticket was to try to persuade  voters that Biden was too old and out of it to be president and the real power, should the Democrats win, would be Kamala Harris. The racism and sexism implicit in that was hard to miss.

Six months into the Biden administration, Biden is even older but has proven up to the job. Moreover, his genial low key style has buoyed his popularity which, throughout his presidency, has been higher than Donald Trump’s ever was. Because of Biden’s enduring popularity, the GOP has continued to target Vice President Harris as a way to damage the Biden administration and the Democrats’ chances in 2024.

These attacks on Harris have included the extremely petty, such as her visiting a bakery in Chicago, but have mostly been a constant drumbeat about her failure to visit the border. There is some irony there given that in her role as California’s Attorney General from 2011-2016, she made numerous trips to the border and is therefore much more familiar with the legal issues there than her critics. In recent days and weeks, these attacks have taken the form of a spate of stories in the media describing discord in her office and tension between the vice president and the administration.

If the stories about Harris and her Chief of Staff being difficult to work with and occasionally treating other staff poorly are true, that would make her similar to almost every other elected official. A powerful politician not treating staff well is a dog bites man story. However, the questions of why it is being reported and who benefits from these stories is more important.

The answer to that question is clear. Because of Joe Biden’s advanced age – he will be 81 years old at the time of the 2024 election – he may not run for re-election. However, if he announces early that he is not going to run in 2024, in time for several candidates to vie for the Democratic Party nomination, he will immediately become a weaker president with less ability to influence even his own party. Biden cannot risk becoming a lame duck during his first term in office. Therefore, if he decides not to run, that decision will come relatively late in his first term. A significant health issue would change that, but barring that, we can expect Biden to act like he is running at least until early 2024 or very late in 2023.

A late announcement that Biden is not running would put Harris, as sitting vice president, in an extremely strong position to be the Democratic nominee for president – even if Biden were to make that announcement early, Harris would still be in an enviable position. Defeating her in the primary would be extremely difficult and could only happen through a very divisive campaign aimed at destroying Harris’ image and reputation. A campaign of that nature would make it very difficult for the post-Biden Democratic Party to come together and win in the general election. However, if Harris is seen as weak and unable to even run her own office, which is the narrative the right is promoting about her now, she would be more likely to draw a primary challenge.

Additionally, as with everything in America, it is impossible to understand these stories outside of their racial and gender context. Kamala Harris is the most powerful African American woman in American history, the first female vice president and a strong candidate to be the first female president. The American political elite, even those who do not want to discriminate on the basis of race or gender, are unaccustomed to seeing an African American woman in power and frequently do not know how to cover or react to that.

For over a year now, the GOP has tried to bring down Joe Biden by trying to show that he is old and out of it, a captive of the far left of the Democratic Party, too weak or something else. None of these attacks have worked. Although the 2024 election is still more than three years away, Biden looks like he will be difficult for the Republicans to beat. This will be particularly true if the post-COVID economy continues to grow. Republicans undoubtedly prefer their chances against a politically damaged Kamala Harris, rather than an octogenarian Joe Biden.

If the non-story that there is some unhappiness in the vice president’s office continues to define Harris vice presidency, the Democratic Party will be in a quandary. They will be stuck with three options for 2024 – an old Joe Biden, a damaged Kamala Harris or a self-destructive primary against an African American, female, sitting vice president. The best way to prevent that from happening is a communications strategy starting now that tells a different story about the vice president and her office. Even Democrats who do not like Harris must recognise the risk of continuing or giving oxygen to, these criticisms.