The Black Sea beyond its conflicts 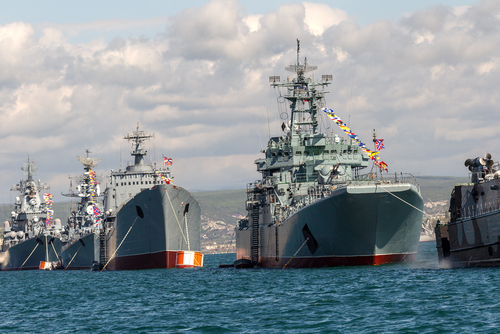 With the Black Sea hitting international media for all the wrong reasons, the significance of the region to Europe is clearly underreported. Sergiu Celac, an expert in the area, explains how to Brussels Morning.

Bucharest (Brussels Morning) Tension has been rising in the Black Sea between Russia and the Ukraine, while Turkey, along whose coast the Black Sea region also run, has seen better days when it comes to relations with Europe. While the region is hitting press for all the wrong reasons, the significance of the region for the EU is clearly underreported.

If one has to understand the significance of the Black Sea for Brussels, the conversation must start in Bucharest. Europe’s regional powerhouse is Romania, a fast-developing economy with an increasingly significant role in industrial value chains, the online economy, and logistics. It’s Black Sea port of Constanta links Turkey, Russia, the Caucasus and Central Asia to the markets of Central Eastern Europe via the Danube and overland transport corridors, which is where one begins to think of the region beyond its overreported conflicts.

But it’s Russia that is still the dominant player in the region, says Sergiu Celac, Romania’s first post-Communist Minister of Foreign Affairs, who served in Romania as a diplomat throughout the 1990s, as the country was paving the way for its EU membership. He has since remained a point of reference for the region’s foreign policy establishment, both as a consultant and an academic. His personal legacy is one of the few that have been left untarnished by historical reviews of Romania’s eventful transition. Brussels Morning borrowed a bit of his wisdom as we try to understand what’s happening in Europe’s underreported Sea.

Ambassador Tedo Japaridze. Oil has played a major role in putting the Black Sea area on Europe’s mental map. As we prepare for an energy transition that will decrease the significance of fossil fuels, how do you think the region will remain relevant?

Sergiu Celac. Indeed, some of the earliest industrial ventures for the commercial exploitation of crude oil were developed in the second half of the 19th century in the Black Sea region, in Romania and today’s Azerbaijan. So, we can talk about a regional tradition and accumulated expertise in the oil and gas business. More recently, commercially viable offshore deposits of natural gas have been identified in the exclusive economic zones of Turkey, Romania, Ukraine, and Russia (some in disputed areas), with promising prospects also in Georgia and Bulgaria.

It is true that the shift to zero-carbon economy is already under way and heavily polluting hydrocarbons such as coal are being phased out more rapidly than originally envisaged, but for the next few decades at least, gas will still play a significant part in the energy mix of most countries as an accepted, lower-emissions transitional resource. All the region’s countries have considerable potential for the development of renewable resources (wind, solar, hydro, geothermal), and some have made tangible progress in that direction.  It is also important to note that the existing infrastructure for the transport and distribution of gas will come in handy with the advent of hydrogen as the premium carbon-free fuel of the future. In that perspective, the Black Sea itself may one day become a valuable resource, considering its deep-water content of hydrogen sulphide as a precursor for the production of liquid hydrogen.

T.J. As pipelines have been replacing tankers and conflict is undermining investment, do you feel mega projects like the Second Istanbul Canal are actually commercially viable?

S.C. I am not familiar with the cost/benefit calculations that underlie the Turkish government’s decision to go ahead with this project. In addition to purely economic considerations, I understand that there are solid ecological arguments related to the shipping congestion in the Bosphorus and the safety of the huge and environmentally sensitive urban agglomeration of Istanbul. Even though the amount of oil trade transiting the Turkish Straits may be gradually reduced, it is reasonable to assume that the cargo and passenger traffic between the Black Sea and the Mediterranean will most likely grow in the coming decades, provided we have peace and relative stability in the region.

T.J. The idea of a Second Istanbul Canal bypassing the Straits poses questions over the status quo, namely the 1936 Montreux Convention. Do you feel those concerns are justified?

S.C. For the time being, the main legitimate concern is about uncertainty. What we have seen so far are various statements often expressing different options. As guardian of the Straits, Turkey will have to make a clear decision about the legal status of the new man-made canal, which is planned to run through sovereign Turkish territory, as distinct from the international natural waterway of the Straits, which is subject to explicit provisions of the Montreux Convention. In any event, whether the Convention applies totally or partially to the new canal or not, any modification or reinterpretation of that legally binding text will probably have to be submitted to a conference of the signatory powers or their successor states and to require the consent of the Black Sea riparian nations. To make things even more complicated, the legal regime of the Straits is not just a matter of juridical sophistication but also a subject of geopolitical rivalry among often conflicting strategic interests.

T.J. China is emerging as a key player in Southeastern Europe and the Black Sea, particularly by investing in mega-connectivity projects. When it comes to Chinese and EU influence in the region, do you feel that the prevailing spirit is one of competition or synergy?

S.C. There has been little competition so far between major infrastructure projects financed and executed by EU and Chinese companies, respectively, in Southeastern Europe. Most Chinese investments are punctual and have been negotiated bilaterally, such as the acquisition of harbour facilities in Greece or segments of road and rail networks in the Western Balkans, with limited involvement of the EU institutions in Brussels.

The recently signed EU-China investment agreement is going to introduce some order and true reciprocity in this area, providing a level playing field for fair, rules-based competition. The generous recovery and resilience programme of the EU, once it becomes fully operational, is certainly going to offer additional resources also for modern, environment-friendly infrastructure projects. All of this is still work in progress, and it may be too early to speculate about potential EU-China synergies at this stage.

T.J. Is Russia dominant or a declining power in the Black Sea area? What would be your advice for countries like Ukraine, Georgia, and Moldova?

S.C.  Russia, I would say, is both predominant militarily in the region and declining in terms of attractiveness of its political system and socio-economic developmental model.

After the dissolution of the Soviet Union, Russia experienced a spectacular recovery during President Vladimir Putin’s first two terms in office. Subsequently, however, an accumulation of negative developments brought about a gradual deterioration of Russia’s stature, relations with its neighbours and a more confrontational posture in its dealings with the West.

Briefly enumerated, those were the main landmarks: the vehement attack on the West in president Putin’s speech at the Munich security conference in 2007, the war on Georgia in 2008 resulting in de facto unlawful incorporation of the Georgian provinces of Abkhazia and North Ossetia, the military occupation and illegal annexation of Crimea and armed intervention in south-east Ukraine causing about 14,000 casualties so far, massive dislocation of people and considerable war damage, the use of weapon-grade, prohibited chemicals to assassinate political opponents inside Russia and beyond its borders.

This brings to mind the apt description of Russian policies today, made by a top veteran Russian diplomat: “We have no allies and no friends; soon enough we shall have no neighbours either.” To date, the response of the West has been calm and measured, but awareness and apprehension about current Russian aggressive practices are mounting, particularly in the Black Sea region.

As a former diplomat and political analyst, I am by nature cautious about giving unsolicited advice to friendly sovereign nations. Based on our own experience in Romania, I can only say that all these years we have tried to be consistent in pursuit of two vital priorities: build stability and resilience at home, and make sure we can count on solidarity and support from our allies and friends in times of need. Romania’s membership in the EU and NATO, and active strategic partnership with the US confirm the correctness of our choice and entitle us to look confidently into the future.

T.J. Romania has championed the idea of creating a NATO Black Sea fleet, which Bulgaria has opposed, while the occupation and annexation of Crimea constrains Ukrainian participation. Given the current context of relations between Turkey and the Alliance, is this project still viable?

S.C. The premise for that idea was the perceived need for well-balanced, relatively symmetrical deterrence and defence posture on the EU and NATO’s eastern flank, both on the northern tier (Barents and Baltic seas) and on the southern tier (Black Sea and eastern Mediterranean). The special situation in the Black Sea is given by the existing kinetic confrontations and latent, ‘frozen’ conflicts, all fomented or maintained by Russia, plus the massive Russian naval build-up and anti-access/area denial bubbles in Crimea and Syria.

Of the six Black Sea littoral states, three are NATO members (Bulgaria, Romania, Turkey) and two (Georgia, Ukraine) have officially expressed their interest and determination to join the Alliance. Still, the balance of military power in the region remains lopsided, partly because of the limitations imposed by the Montreux Convention on the tonnage and duration of sojourn for non-riparian naval forces. Turkey’s concern about preserving the integrity of the Convention is legitimate and understandable, and it was scrupulously observed by the Allies. A stop-gap solution was found in the rotational presence of NATO warships in the Black Sea, in parallel with enhancing the air and coastal defences of the riparian states. Time will show how effective these arrangements prove to be in deterring further aggressive moves by Russia. Much will depend also on the outcomes of the ongoing US-Russia dialogue on arms control and strategic stability.