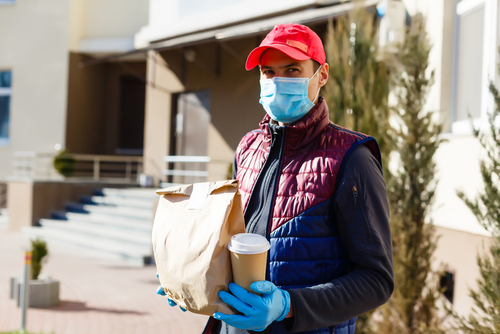 The law was the brainchild of Labour Minister Yolanda Díaz, of the far-left Communist Party of Spain, a part of her effort to “update the legislation to catch up with technological developments”, in order to ensure workers’ rights and protections.

“Today is a day of great satisfaction”, Díaz declared at a press conference following Tuesday’s government session. “Spain has become a world leader on this issue,” she noted, adding, “the world and Europe are both looking to us.”

The colloquially-called “Rider law” came about after six months of negotiations between unions and business associations, which began after the Supreme Court ruled in favour of a former Glovo worker last September, in effect recognising the worker as a regular employee, instead of a self-employed worker.

Facing the court ruling, Spanish businesses were forced to revise their labour relations with contracted food delivery riders, the law having provided the framework to remove any doubts or lack of clarity about the workers’ status.

“This law protects the most vulnerable because it affects the young people of our country and that’s why what we are doing is so important”, Díaz said. She noted that as many as 16,794 people have had their work status regulated thanks to the efforts of labour inspectors, realising a positive economic impact of some 29 million euro.

The law stopped short of affecting all “gig economy” workers, since it does not apply to workers employed by other digital platforms, such as ride-hailing apps. The most controversial part of the new law, from the companies’ perspective, is mandatory sharing of business management algorithms with their employees.

Digital platform companies often use AI algorithms to affect working conditions, such as surge pricing, but also apply then to hiring decisions and layoffs. “Now algorithms are going to be put at the service of the majority in society”, Díaz observed.