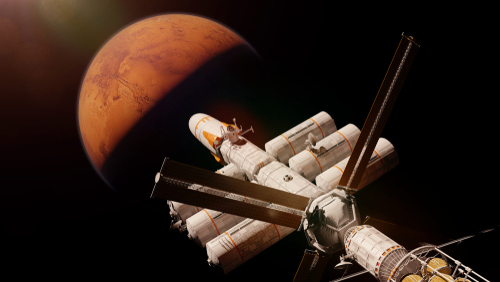 Belgium (Brussels Morning Newspaper) The planned ESA-Roscosmos Mars mission, scheduled for launch later this year, will likely be scrapped, dashing yet again the European agency’s hopes of successfully landing a vehicle on the surface of the red planet.

The European-Russian ExoMars programme envisioned launching a European-made science rover named the Rosalind Franklin on board a Russian Proton rocket during the 12-day launch window starting from 20 September this year. The rover was supposed to be mounted on a Russian-made lander named Kazachok, which was to have been tasked with bringing the Rosalind Franklin down to the planet’s surface.

“Regarding the ExoMars programme continuation, the sanctions and the wider context make a launch in 2022 very unlikely”, the European agency said in a release issued Monday. “ESA’s Director General will analyse all the options and prepare a formal decision on the way forward by ESA Member States.”

The agency stressed that it is fully implementing the sanctions imposed on Russia by its member states. Moreover, it is assessing the consequences on each of its ongoing programmes that in the past have been conducted in cooperation with Russia’s Roscosmos space agency.

“We deplore the human casualties and tragic consequences of the war in Ukraine”, the agency stated. “We are giving absolute priority to taking proper decisions, not only for the sake of our workforce involved in the programmes, but in full respect of our European values, which have always fundamentally shaped our approach to international cooperation.”

ESA also “took note” of the Roscosmos decision to withdraw all of its employees from the European spaceport in Kourou, in French Guiana. The Russian withdrawal from the European facility means it will no longer be used to launch Russia’s Soyuz rockets from the spaceport. The rockets were used for 27 successful satellite launches dating back to 2011, including satellites used by the European Galileo global navigation system.

“We will consequently assess for each European institutional payload under our responsibility the appropriate launch service based notably on launch systems currently in operation and the upcoming Vega-C and Ariane 6 launchers”, ESA declared.