Sanctions against Russia to stay – pandemic proved no panacea 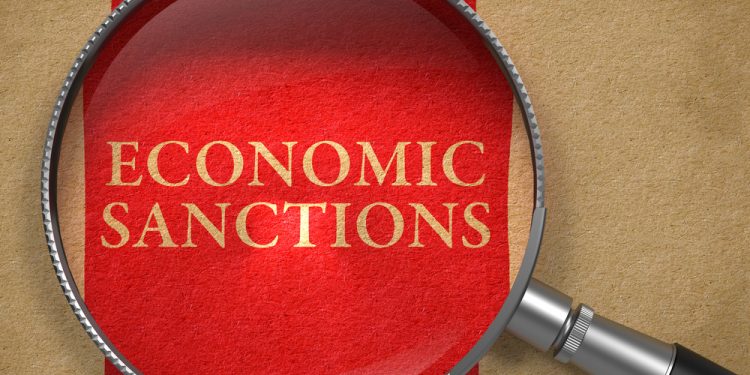 Brussels (Brussels Morning) Last week, the EU renewed its economic sanctions against Russia. The restrictive measures targeting specific sectors of the Russian economy were extended until the end of July next year.

“The sanctions have become routine and it is obvious why, because there have been no major changes in Russia’s behaviour”, says Kadri Liik, Senior Policy Fellow with the European Council on Foreign Relations.

“In fact, the situation has worsened after the poisoning of Alexei Navalny, prompting talks of new sanctions. There is no scope to discuss a removal of sanctions or lifting of those”.

No nearing of Russia with the West

So far, no improvement in EU-Russia relations is in sight.

“It seems people have resigned to the sanctions and it is old news in Russia”, according to Liik’s analysis.

“The mood has shifted; the Russian anti-Western consensus has eroded among the general public. The agenda has shifted, with people being more worried about real-life issues, healthcare and such. Sanctions are not really discussed”.

The EU sanctions were imposed initially in 2014 in response to Russia’s actions destabilising the situation in Ukraine.

“The aggressive foreign policy stance has lost its appeal for now”, Liik, a senior policy fellow at the ECFR, affirms.

“Though that does not mean it would not be resurrected in case of a harsh standoff between Russia and the US, for example”.

Paradoxically, the universal threat from the coronavirus did not draw Russia and the West any closer. Instead, the Kremlin’s view of events is one where Russian President Putin’s worldview has been validated; liberalism and universal rules are on the retreat, while state-centrism, as favoured by Putin’s long-standing political outlook, is advancing.

“The Russian government thinks they handled the pandemic better than Europeans, which is true when it comes to some aspects”, Liik explains.

“Russia’s economy is differently structured so they suffered less because the service sector, which was among the hardest hit elsewhere, is smaller. There are not as many SMEs”.

Only the drop in oil value in spring dimmed Russian prospects, but with prices bouncing back in summer, Russia’s oil-dependent economy was restored. Still, the country’s economy is faring better than the Russian government initially feared for this year. Any future cooperation that the Kremlin engages in with the West is likely to be on its own terms, concludes Liik in her analysis of Russia’s relative resilience in the face of pandemic-related political fall-out.

The EU’s December decision on maintaining its sanctions towards Russia follows the latest assessment of the state of implementation of the Minsk agreements that brokered the ceasefire and a de-escalation of the conflict in 2014. As long as Russia does not fully implement the Minsk agreements, EU leaders unanimously took the political decision to roll-over the economic sanctions against Moscow. This has been the case since December 2015, when the implementation of the agreement should have completed. Since this did not happen, the EU ministers extended the economic sanctions.

Russian banks and companies are restricted from EU primary and secondary capital markets and certain forms of financial assistance and brokering towards Russian financial institutions are prohibited. The measures also prohibit the direct or indirect import, export or transfer of all defence-related material and include a ban for dual-use goods for military use or military-end users in Russia.

The sanctions further curtail Russian access to certain sensitive technologies used in the Russian energy sector, for instance, in oil production and exploration.

In addition to economic sanctions, the EU has set in place different types of measures in response to Russia’s illegal annexation of Crimea and the city of Sevastopol and the deliberate destabilisation of Ukraine. These include diplomatic measures, individual restrictive measures (asset freezes and travel restrictions) and specific restrictions on economic relations with Crimea and Sevastopol.

There is an EU import ban on goods from Crimea and Sevastopol, a provision prohibiting the supply of tourism services in Crimea or Sevastopol and an export ban for specific goods and technologies.