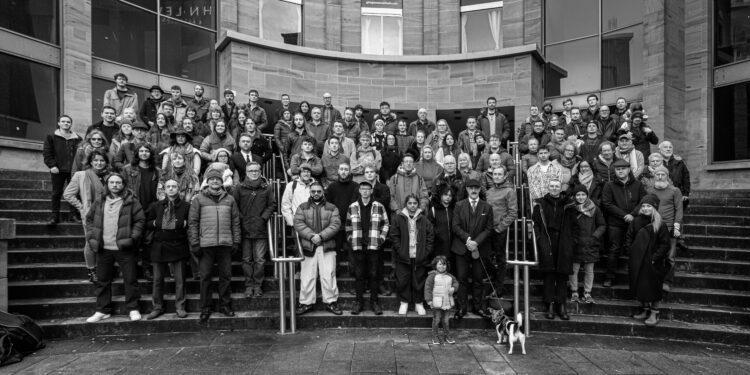 Belgium, (Brussels Morning Newspaper) The broadcaster has confirmed that its Classics Unwrapped and Jazz Nights shows, hosted by Amie MacDougall and Seonaid Aitken respectively, are being wound up.

It is also reducing the number of piping programmes from two to one as part of a shake-up. The cuts are being blamed on the two-year freeze of the licence fee, as well as a move to focus more on “digital output.”

The leading musicians have questioned the value of the licence fee after BBC Scotland “banished” classical and jazz programmes from the airwaves.

“Axing these programmes is to perform a heartbreaking disservice to the irreplaceable role they have played in the lives of musicians and music lovers across the country and all parts of society.” said Nicola Benedetti

“This decision will have a devastating impact on Scottish music. Without JAZZ NIGHTS, new and established artists will struggle to find a reputable outlet to broadcast their art and reach audiences. I hope our First Minister Nicola Sturgeon takes action to save these vital programmes!” stated Georgia Cécile – Jazz FM Award 2022

“I, and many of my contemporaries, have spent decades working with the BBC to find a forward-thinking voice for Scotland’s diverse cultural output. It’s a real shame to see this apparent backstep. I hope that considered and respectful discussion might bring about an alternative resolution to the proposed situation.” noted Phil Cunningham

“I say “Now is the Time” to expand Jazz, Classical, and Folk, on BBC Radio Scotland, not cut its head off and make invisible a music which is flourishing in Scotland and internationally.” said Tommy Smith

“The thrust of your new policy is like a self-inflicted BBC Radio Scotland suicide pact to push you further into the tailspin of a death spiral. We musicians have to band together to save you from yourselves.” spoke John Wallace OBE

“I feel it’s imperative that BBC Radio Scotland supports jazz, other forms of music, and performing artists based in Scotland. Scotland has so much young talent that needs to be heard.” said Dr Martin Taylor MBE

“BBC Radio Scotland’s support of jazz in this country is an essential part of the infrastructure in developing as a creative and performing artist living in Scotland. The presence of a Scottish-based Jazz Radio outlet expands our identity as a country worldwide and is integral in developing our home-grown artists.” told the newspaper Laura Macdonald – Saxophonist

“We must fight to save this and the other shows. The BBC is renowned the world over for its support of culture and the arts. Why is BBC Scotland abandoning this vital activity and damaging its own reputation?” said Sir James MacMillan

“We at Scottish Opera stand in solidarity with those across the musical community, who are petitioning to reverse this decision. We urge BBC Scotland not to turn their backs on Scottish art forms and audiences, particularly when things are almost back to normal after the pandemic,” told Scottish Opera, General Director Alex Reedijk

“Radio Scotland seems to be in full retreat from Scottish culture. Where is the poetry and literature? Now they are threatening to cut jazz, classical and piping programmes. We have a thriving arts and music scene in Scotland – why not on our national radio?” said Kathleen Jamie, MAKAR of Scotland

“Cutting the support at home and removing opportunities for young and established musicians to showcase their music is a very regrettable mistake at a time where we should be championing Scottish culture and music more than ever,” noted Fergus McCreadie – winner of SAY Award 2022, Jazz FM Award 2022

“Jazz Nights on BBC Radio Scotland has been significant in allowing opportunities for many emerging young jazz musicians to broadcast and promote their own music. It just doesn’t sit right to have been awarded the BBC Young Jazz Musician and then to have the volume turned off here in Scotland at the mains before there is even a chance to play! C’mon BBC give us a chance!” concluded Ewan Hastie, BBC Young Jazz Musician of the Year 2022