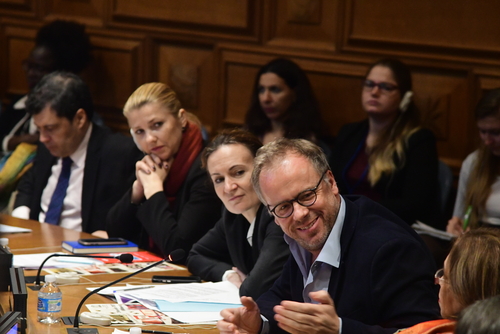 Brussels (Brussels Morning) The Paris-based global media watchdog Reporters Without Borders (RSF) has filed a lawsuit against Facebook with a French court, claiming the social media platform is breaking its own terms of use by failing to protect its users from hate speech, RFI reports.

According to RSF Facebook has allowed for a “massive proliferation” of hate speech, misinformation and disinformation on its platform, while its terms of service pledge to provide “a safe, secure and error-free environment” for its users.

RSF argues the company has failed to keep its pledge, citing the abundance of hateful content and false information on its pages. Its legal filing targets two EU-based subsidiaries of the US company, specifically Facebook France and Facebook Ireland, both of which the parent company uses to conduct some of its business in France.

Listing specific examples in its lawsuit, the media watchdog referenced death threats posted against the journalists of the French satirical magazine Charlie Hebdo, as well as widespread sharing of a French film “Hold Up”, a thoroughly debunked piece spreading misinformation about the coronavirus pandemic.

The French case could yet prove to have wider, global implications for the social network, since  its terms of use are the same in other countries, and RSF is already preparing to file similar lawsuits in other jurisdictions.

According to current French laws, companies found guilty of involvement in misleading commercial practices can be fined up to 10% of their average annual revenues in France.

The RSF case against Facebook is the latest in a line of legal actions taken against social media providers in France in recent months. Feminist activists already took Facebook to court earlier this month over its Instagram platform. According to that lawsuit, the image-sharing platform removed some of the activists’ posts, while allowing other users to harass them with impunity.