Regulating beyond the end of history 

by Dr.Andrew Tarrant
in Opinion 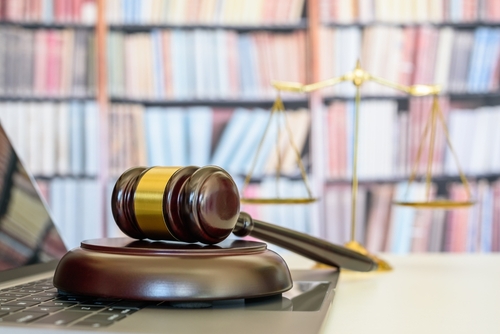 Belgium, (Brussels Morning Newspaper) One dream of Europe has been a Europe where technocrats implement long-term policy in the general interest, avoiding abrupt shifts in rules as political majorities change, basing their legitimacy on expertise and operating under the rule of reason.

While this was always a way of thinking about the European Commission, this conception was also a motivation behind the proliferating independent agencies and regulators at both European and national levels and for which the Commission itself was often a vigorous advocate. As so often, this vision of Europe had American roots. European policy-makers looked at the quality of the reasoning and market-making capacity of bodies like the US Federal Communications Commission and hoped copying such institutions would create the vehicles for building the Single European Market.

In recent years, the sway of independent regulators has evolved to encompass issues far beyond market-making to include cutting-edge social and environmental issues. Maggetti, di Mascio and Natilini have just published an authoritative book on regulatory authorities across the world. The volume contains chapters from forty-five leading researchers. They look at a multiplicity of issues across many parts of the world but there is a substantial focus on the centrality of regulators in the governance of the EU and its member states.

Readers might feel that there is a dissonance between hailing the apogee of the regulatory state and the current climate of rising anti-technocracy populism but the book examines this too. Maggetti’s chapter considers the vulnerability of the regulatory state.  The recent history of the United States certainly suggests that insulating regulation from politics may be a hazardous affair. In the age of populism, politicians do not seem to find it politically costly to eviscerate regulators by appointing chief executives whose vocation is to render them helpless, slashing their budgets or stacking constitutional courts to reinterpret regulators’ powers.

It is possible that by depoliticising and successfully managing major policy issues over the long term, regulators may desensitise electorates and politicians to the significance of the regulated issues. The regulators’ very success thereby contributes to their own political weakness. As a macro example, one of the notable features of the Brexit debate in the UK on either the pro or anti-side was both the deep disquiet about the role of the EU Commission and the profound lack of familiarity with the regulation of trade – because British politicians and civil society institutions had not had to think about these issues with any seriousness for over 40 years.

Being collectively in control means they must make decisions in the general interest, typically defined as the preference of a qualified majority of member states. To override the system requires the unlikely aggregation of a common political will across a large number of member states; a more difficult endeavour than capturing the principal institutions of the US government. We can think of European agencies like the medicines agency as an example, where clearance of innovative drugs requires a college of national regulators to vote in favour; no single member state or change in its institutions could disrupt the process.

A further safety valve may also operate in the EU. In many instances, particularly in areas of sector-specific economic regulation, where there could be concentrated economic losses in specific countries if competition were to be vigorously enforced, key decisions are not subject to the collective decision-making of national regulators instead each national regulator is empowered by EU legislation to make its own decision, applying (very) general principles set at EU-level.

Unsurprisingly, there is a great deal of variation in the type of regulatory decisions implemented in each country in these circumstances. This of course involves a trade-off; powerful concentrated national interests capable of generating national political discontent may be protected but at the expense of the greater economic well-being of the general population and those economic interests in other member states that might have provided better service.

It was once imagined by leading academics that the rise of the regulatory state had an inevitable and favourable trajectory, just like the other liberal-democratic institutions which had triumphed at Fukuyama’s predicted “end of history”. From the vantage point of the 2020s, one can only imagine that the politics of regulation, navigating the successful balance between consumer and producer interests, facilitating growth but recognising and reconciling the losers from trade, protecting populations from excessive risk while not compromising innovation, will continue to be volatile.

The contribution of this book is that it explores the tensions at the heart of the regulatory state and sets out the research agendas which will help better explain which regulators succeed and which do not.