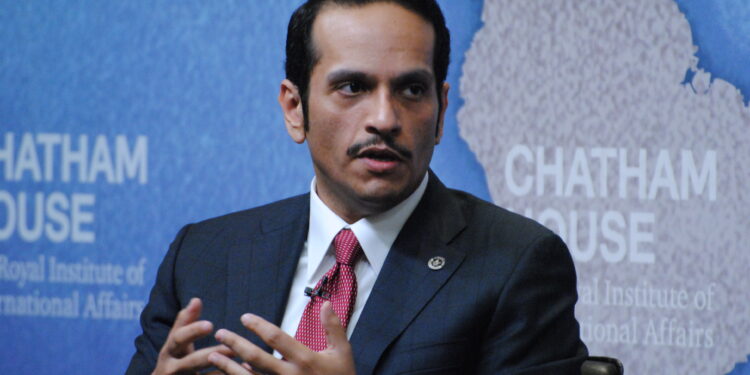 Brussels, (Brussels Morning Newspaper) – Qatar should not be dragged into European Parliament corruption scandal, says Qatari foreign minister. His statements come during his participation at Davos Economic Forum. He also confirmed that Doha is not going to use Gas as a tool of pressure and has never done that in its international dealings.

Qatari foreign minister said his country should not be dragged into a corruption scandal under investigation by the European Parliament and dismissed as “baseless” accusations of Doha’s involvement. He reiterated previous Doha position of total denial in any role on the ongoing crisis.

“This is problem in Europe, in a European institution. It is better for them to look at their own institution and take all the steps required of them and not drag the name of our country into such a situation,” he added.

The accusations of Qatar’s involvement are baseless

Qatar has denied any involvement. Morocco previously criticised EU for what it described as “judicial harassment” over a corruption probe in which the European Parliament on Monday began a month-long process to lift the immunity of two MEPs.

“As the State of Qatar, we are 100% sure that this reasoning is baseless. We saw nothing (from the Belgian authorities). There is an ongoing investigation. We have to see; we have to wait until the investigation is over,” Sheikh Mohammed bin Abdulrahman Al-Thani told CNBC this week.

Sheikh Mohammed said the Gulf Arab state, which is one of the world’s biggest gas exporters, was “disappointed” and disagreed with last month’s vote in the European Parliament to suspend any legislation involving the Qatar and the ban on access of Qatari representatives to its offices.

He stressed that Qatar, a major producer of liquefied natural gas, would not politicize energy supplies to Europe based on trade agreements with state-owned QatarEnergy.

Qatargate , the biggest scandal to rock the EU in decades, concerns allegations that Qatar and Morocco bribed politicians , parliamentary aides and non-governmental organizations to influence decisions in the EU parliament.