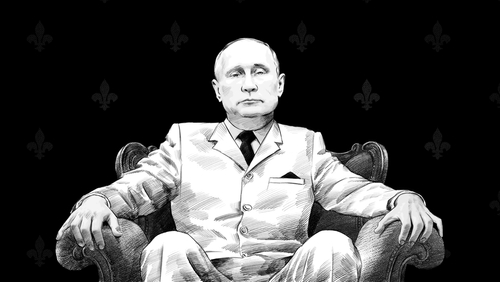 The USA, (Brussels Morning Newspaper) During the Second World War, African Americans sought a double victory — overseas against fascism and at home against racism, bigotry, and segregation. Indeed, following the outcome of that war, many African American veterans became leaders in the Civil Rights Movement, fighting for democracy at home. The US has not yet achieved both of these victories, but the idea, and the slogan, were powerful ones. The “Double V” campaign, as it was known in the 1940s, came to mind recently because I fear that Putin has a dual victory plan of his own, one that would be a double defeat for the West, especially for the US.

Russia’s dual victory plan would be to weaken and destabilise not just Ukraine, but the US as well.

The threat to Ukraine is obvious and goes back to well before the current crisis. Since Ukraine became independent, Russia has consistently sought to make sure that it remains close to Russia and does not achieve its aspirations to greater integration with the West. Russia has pursued this goal through various forms of disinformation, cyberwarfare, becoming directly involved in Ukrainian politics, and invading Crimea and the Donbass region in 2014. The conflicts in those regions continue today and have taken a substantial toll on Ukraine. A major invasion, which Putin appears to be prepared to launch, would do even further damage to Ukraine.

A Ukraine reeling from invasion and possibly occupation would be weak, unstable, and have no chance of further integration into NATO and the EU. That may be Putin’s goal, but it may not be all he is trying to do. And, Ukraine is not the only country that could end up weaker and less stable because of such a war.

The Russia-Ukraine conflict is the first major foreign policy crisis of Joe Biden’s presidency. The decision to withdraw from Afghanistan was just that, a decision on the part of the American President, rather than, like the current situation in Ukraine, an event by another state or actor to which the US must respond. On balance, Biden’s response to the Ukraine crisis has been reasonable. Although his warnings of war may seem excessive, he has made the US position clear, helped unify Europe against Russia, moved American military support closer to the conflict, while indicating that the US will not send troops, and otherwise sought to support Ukraine and dissuade Putin from invading.

Despite these efforts by President Biden, a war between Russia and Ukraine is still very possible, and would not be good for the US or the current administration. A Russian invasion of Ukraine would damage an American ally and weaken US influence in the region. Moreover, it would heighten the policy challenges facing the Biden administration. There would be pressure from some quarters to send troops to Ukraine — a decision that would not be popular in the US. Regardless of what Biden did, there would be criticism from Republicans that he somehow allowed Putin to take Ukraine. The GOP would then use events in Ukraine to argue that Biden was a failure and hurting the US standing in the world.

Joe Biden is not up for reelection until 2024, but it is not difficult to see why Putin would care deeply about that election. Biden has long been a Russia hawk who has never liked or trusted Putin. There are many in the GOP leadership who share Biden’s views on this issue, but the leading contender for the Republican presidential nomination in 2024 is something of a different story. That candidate is, of course, Donald Trump — and there is nobody Vladimir Putin would rather see in the White House in January 2025 then the man who as President acted as a sycophantic client towards Putin, trusted Russian intelligence over US intelligence, had private meetings with Putin, the subject of which are still largely unknown, and through his malice, greed, caprice, incompetence, and contempt for democracy, weakened and destabilised the US.

Anything that makes Biden’s presidency look like a failure strengthens Donald Trump and the Republican Party — and that is the second victory that Putin may be trying to accomplish were he to launch a full scale invasion of Ukraine. If Putin succeeds it would be a tremendous win for him that would have a global impact.

There is one more country that might be destabilised by a Russian invasion of Ukraine — and that would not be such good news for Putin.

An invasion of Ukraine would not be a brief event for Russia. Ukraine’s President has made it clear that Ukraine will resist Russia, and there is little reason to doubt Ukrainian resolve. Given the size and strength of the Ukrainian military, which while smaller than Russia’s is still substantial, Russia will have a fight on its hands in Ukraine that will not end easily or quickly. Therefore, for Russia, invading Ukraine also means taking casualties, spending resources, and, should they decide to occupy, having to face a powerful resistance. Over time that will erode whatever support Putin has among the Russian people. Given the stagnant Russian economy a COVID pandemic that has taken a much greater toll than official numbers suggest, an unpopular war could be a bridge too far for Putin and lead to the destabilisation of Russia and his regime. At the very least, it will force Putin to spend more time and resources cracking down on an already restive opposition.

Invading Ukraine is a very high-risk high reward gambit for the Russian President. It is possible he would achieve major success and destabilise two countries, but it could backfire, with the resulting destabilisation consuming Russia as well.