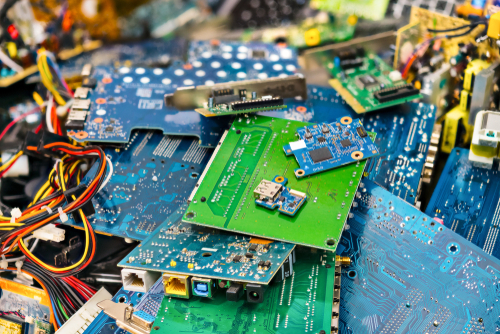 Belgium, (Brussels Morning) The European Parliament has agreed to reduce the number of common chargers and cables for portable electronic devices as a move to reduce e-waste. The draft proposal was voted yesterday during the Internal Market and Consumer Protection (IMCO) Committee, with 43 votes in favour and 2 against.

“Overwhelming support from the Parliament as 95.5% of the IMCO Committee voted in favour of the report I drafter proposing a common charger for small and medium electronic devices,” said MEP Alex Agius Saliba (S&D).

The new rules look at making sure that consumers no longer need a new charger and cable every time they purchase a new device, and can use one charger for all of their small and medium-sized electronic gadgets.

MEP Anna Cavazzini (Greens) described the vote as a “success” saying that it reflected “a perfect example of how high consumer protection and fighting climate the climate crisis goes hand in hand”.

The proposal was tabled by the European Commission in September 2021 in what was called a step against e-waste and consumer inconvenience.

“The Commission had to go ahead and put an end to this sea monster,” said Commissioner for the Internal Market Thierry Breton at the time. “We propose more freedom, less costs [for consumers] … and it is also about reducing waste.”

Mobile phones, tablets, digital cameras, headphones and headsets, handheld videogame consoles and portable speakers, rechargeable via a wired cable, would have to be equipped with a USB Type-C port, regardless of the manufacturer. However, exemptions would apply only for devices that are too small to have a USB Type-C port, such as smart watches, health trackers, and some sports equipment.

The Parliament’s revision is part of a broader EU effort to address product sustainability, in particular of electronics on the EU market and to reduce electronic waste.

“With half a billion chargers for portable devices shipped in Europe each year, generating 11,000 to 13,000 tonnes of e-waste, a single charger for mobile phones and other small and medium electronic devices would benefit everyone,” said Saliba.

MEPs also want to see clear information and labelling on new devices about charging options, as well as whether a product includes a charger. This would, they say, help to avoid confusion and ease purchasing decisions for consumers that often own several different devices and do not always need additional chargers.

With the growing usage of wireless charging, MEPs want the European Commission to present a strategy by the end of 2026 that allows for minimum interoperability of any new charging solutions.

The goal is to avoid a new fragmentation in the market, to continue to reduce environmental waste, ensure consumer convenience and avoid so-called “lock-in” effects created by proprietary charging solutions.

“We are proposing a truly comprehensive policy intervention, building on the Commission’s proposal by calling for the interoperability of wireless charging technologies by 2026 and improving information given to consumers with dedicated labels,” added Saliba. “We are also expanding the proposal’s scope by adding more products, such as laptops, that will need to comply with the new rules.”

As next steps, the Parliament needs to approve the current draft negotiation as a whole, foreseen for the May plenary session. After that, MEPs will be ready to start talks with EU governments on the final shape of the legislation.