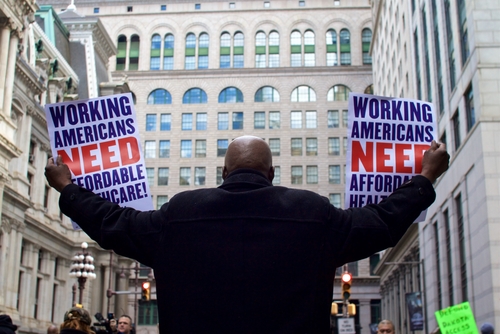 New York (Brussels Morning) The American political class has a tendency, almost a principled commitment, to over-react to every election. A narrow win by a Republican is interpreted as a sharp right turn by the American electorate. A medium sized win by a Democrat and the wags are questioning whether the Republican Party can survive. We saw this again last week when Glenn Youngkin’s victory in the Virginia gubernatorial campaign was widely interpreted as the death knell of the Biden presidency. This view is abject nonsense.

Virginia, which along with New Jersey is one of the two states that elects its governor in the odd-numbered year immediately following the presidential election, is seen as an early predictor of the midterm elections and indeed the fate of the presidency. This makes a lot of sense unless you have any knowledge of American political history. Lost in the current hand-wringing about the state of the Democratic Party is the reality that in recent times the president’s party pretty much always loses that race, particularly in a president’s first term. Jimmy Carter, Ronald Reagan, George H.W. Bush, Bill Clinton, George W. Bush, Barack Obama, and Donald Trump all saw their party lose the Virginia governor’s race during their first term in office. Reagan, Clinton, George W. Bush, and Obama all went on to get re-elected.

The Virginia election may be a better predictor of the midterm elections, but even that is a bit of a stretch because the president’s party almost always loses the midterm election. Rather than try to clumsily project macro-political trends onto the Virginia election, a more fruitful approach might be to take a closer look at that race and see what each party might learn from it.

The Republican Party in Virginia deserves a fair amount of credit for handling the campaign masterfully. Understanding that if an unabashedly Trumpist candidate was nominated, they would be in bad shape, but that if they did not pay at least some fealty to the former President, their base would not turn out, the Virgnia GOP decided not to have an open primary and instead the leadership of the party agreed on a balanced ticket and found a way to ensure that Youngkin, an extremely wealthy and conservative, but even-keeled and presentable businessman, was their nominee.

Youngkin ably threaded a difficult needle. He was very comfortable with the racist dog-whistles that the Trump base of the party needed to hear. In Virginia this took the form of the drumbeat about Critical Race Theory that was reinforced by GOP propaganda arms such as Fox News. However, Youngkin kept Trump himself at a distance and, unlike the former President, was able to speak fluently on the issues facing Virginians. The race was close and almost certainly would have been lost for the Republicans if they had put forward a less able candidate than Youngkin or if the Democrats had succeeded in making the race about Trump.

For the Democratic Party, the lessons from Virginia are more nuanced, but the most important lesson is that candidate selection matters. Just as Youngkin was precisely the kind of person the GOP needed to nominate in order to win Virginia, Terry McAuliffe was the wrong Democrat for this race.

The argument for McAuliffe was that he was a moderate Democrat with a proven record in Virginia, having served as governor from 2014-2017. However, that was not enough to energise a Democratic electorate that has moved leftward since 2017. McAuliffe is a fascinating political figure, not least because he is the last Clintonite standing. That hurt him in this race, but what was probably more damaging is that he is the ultimate Democratic insider. Before his career in electoral politics-which included an unsuccessful bid for Virginia’s top job in 2009, McAuliffe was a fundraiser for both Clintons. Raising money is critically important for a political party, but it is not the best foundation for connection with, or seeming genuine to, voters.

Additionally, because he had been around Virginia politics for over a decade, and out of office for four years, McAuliffe seemed like yesterday’s news to an electorate that, like most in the US, wanted something new. This became evident as the messaging from McAuliffe leaned too heavily on attacking Donald Trump, a theme that would have been much more powerful a few years ago, while he failed to connect with Virginians on issues that are more salient in 2021.

The difficulty the Democrats face in states like Virginia is the eternal one of holding together a coalition that includes a broad spectrum of African American voters, a substantial portion of the Latino vote, white leftists, suburban centrists, and others. McAuliffe had some appeal for some of those groups, but he excited none. The best Democratic candidates mobilise all of the party’s key constituencies, but waiting for the next Barack Obama is not a strategy.

Ultimately, the recent Virginia election tells us much less than we would like to think about what will happen in the 2022 or 2024 US elections, but the outcome does provide a roadmap for both parties. Much of what happens in those elections will depend on how well the parties can follow those roadmaps.