One of the casualties of Brexit for Brits: a good French brie 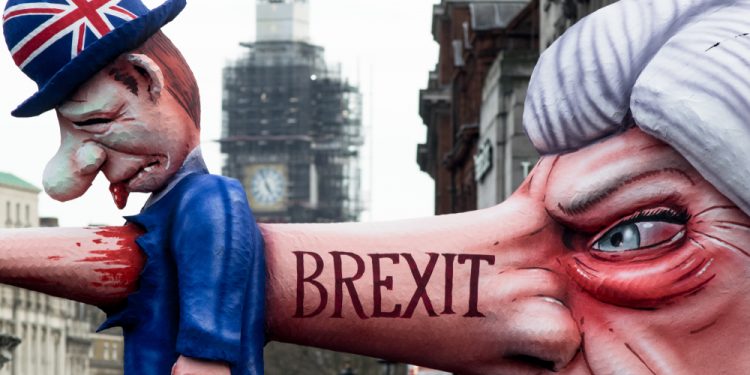 London (Brussels Morning) Post-Brexit tariffs could result in a 55% increase in the price of imported cheese without a trade deal, a supermarket boss has said.

This month, the chair of leading supermarket Tesco, John Allan, said that import taxes could result in major increases in food prices, and the price of brie could be hiked 40%, the BBC reported.

The drastic change in the cost of produce could lead to people altering their food choices and more people could end up buying British Cheddar, for instance.

Allan warned the overall supermarket bill could end up being around 5% more if Britain starts 2021 on World Trade Organisation terms rather than a tailored agreement for free trade.

He also said that there are likely to be supply disruptions and that the supermarket giant was stockpiling non-perishables to avoid shortages.

“We are trying to ensure that we have stockpiled as much as we can of long-life products either in our own warehouses or with our suppliers”, said Allan, speaking to Bloomberg.

Meat and dairy products would face high duties as may fruit and vegetables.

The London School of Economics estimates that special cheese like halloumi and roquefort could be 55% more expensive after the transition period ends.

Estimates from the government said the average hike in prices would be around 2%, with meat products sustaining higher increases.

Shops may absorb the initial rise, but the added costs would likely be passed on to the consumer in the longer term.

Allan called the temporary allowance “a step in the right direction”.