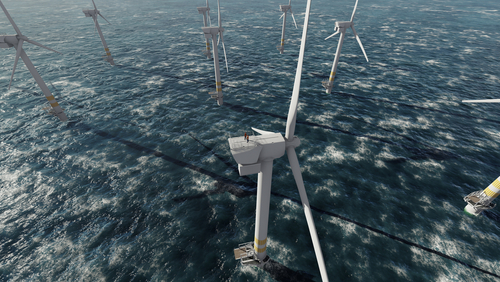 Oslo (Brussels Morning) The Norwegian government is preparing to launch offshore wind farm tenders in the North Sea and plans to present details of the proposed tender in the spring, Reuters reports.

According to the government plan, bidders will compete for two areas in the North Sea where up to 4.5 GW of offshore turbine capacity will be installed.

This is close to 50% of the UK’s installed capacity, currently the leading country in Europe when it comes to wind power.

The move is not intended as a measure replacing more polluting forms of power generation since Norway already meets most of its needs from renewables. Instead, the aim is to help the country’s oil and gas industry to adopt a less polluting business model.

Norway is the largest producer of oil and gas in Europe and the planned tender pave te way for the installation of the country’s first wind farms.

As part of the green push, Norwegian Equinor energy company and other European oil and gas companies have announced plans to transition towards renewables.

Anniken Hauglie, head of the Norwegian Oil and Gas Association lobby, noted “we now need to use the time to build up new industries, new value chains, that will, over time, become the new legs for Norway to stand on”.

Offshore resources in particular offer all the prerequisites Norway might “need to succeed”, she maintained. “We have the knowledge, the experience, we have a good track record from establishing and building advanced installation in tough conditions far out at sea.”

Christian Rynning-Tønnesen, CEO of the state-owned Statkraft hydropower company, predicted that the government’s plan to exploit wind power in the North Sea would create a power surplus “for a long time into the future”. Astrid Skarheim Onsum, CEO of Aker Offshore Wind energy company, pointed out that governments find ways to support industrial development and stressed that Norway has a history of finding solutions as well as access to “a vast toolbox of support mechanisms”.