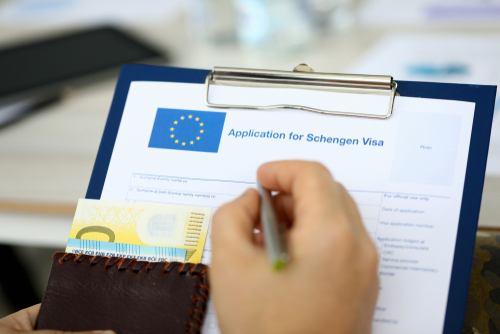 Brussels (Brussels Morning) Internal border controls triggered by the COVID-19 pandemic are putting Schengen at risk, MEPs said yesterday, during a meeting of the Committee on Civil Liberties, Justice and Home Affairs (LIBE).

In a report adopted by 52 votes in favour, 14 against, with 1 abstention, the MEPs called for a “full return to a borderless” Schengen area and for reform of the Border Code, which determines regulatory control of the EU’s external borders.

“The Schengen area is one of Europe’s greatest achievements”, MEP Paulo Rangel (EPP) stated. “However, the crises of recent years, such as migratory pressure, terrorist threats and the COVID pandemic, show that we cannot take it for granted”.

MEPs complained that the European Commission has been too sluggish in addressing the system’s shortcomings as they deplored its unwillingness to provide annual reports on the status of Schengen, as is required by the Border Code.

The LIBE Committee called on the Commission to scrutinise member states’ current compliance with Schengen rules, and to initiate infringement procedures where necessary.

“We need to work together to ensure that our freedom of movement is not put at risk, namely adopting the new Pact for Asylum and Migration and implementing all our new Information Systems in time”, Rangel declared.

Since 2015, the Schengen area has been subject to provisional interventions on its internal border controls in the name of terrorism prevention, especially in France. Then came the COVID-19 pandemic, which put an even greater strain on the EU passport-free zone, according to MEPs.

Parliamentarians said that some of the internal border controls emplaced since 2015 “no longer fill the criteria of proportionality and necessity”, describing them as “unlawful”.

“Schengen has been seriously at risk in recent years, also due to COVID-19 pandemic. Instead of facilitating free movement, internal border controls have become the new normal”, noted MEP Tanja Fajon (S&D).

Concerns about reports of push-backs by Frontex on the Schengen external borders were also voiced by MEPs, with special reference to interceptions at sea.

Parliament demanded that there should be greater transparency about the EU agency’s border control activities after it interrogated Frontex’s chief in March 2020.

“Helping people in distress at sea is a legal obligation” that requires the border agency to hire the appropriate basic rights monitors to ensure it upholds its regulatory obligations, the report before the LIBE asserted.

The report also called for the full integration of Bulgaria and Romania within the Schengen area, noting that both countries have fulfilled the requirements for joining the free-movement area.