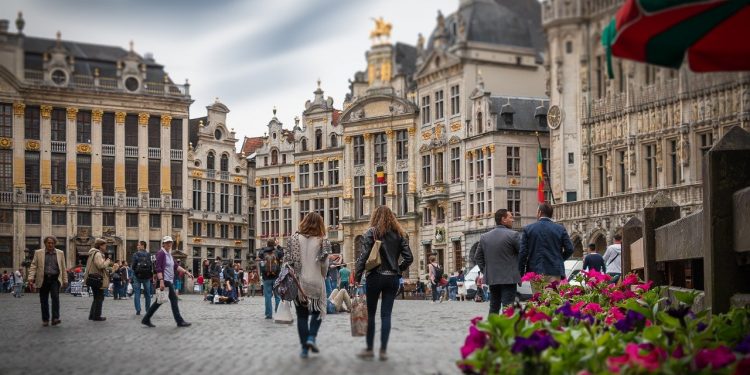 Compared to other European capitals such as Amsterdam, Berlin and Paris, the housing stock in Brussels is much less in the hands of large investments. This is according to a new study commissioned by the European Greens. Experts point to the traditional smaller rental market in Belgium and the lack of sufficiently large premises. Yet the advance is also underway in Brussels.

As per one report by BRUZZ, at least nine major real estate transactions took place on the housing market in Brussels between 2012 and 2022, a study by the European Greens shows. This is based on investment data from the British data company Preqin. It concerns investments from major players such as insurance companies and private equity funds.

However, compared to other European capitals, nine large real estate investments in Brussels are still very low. During the same period, Berlin had more than 80 sales deals for a total volume of more than 17 billion dollars. In Paris, it was about $13.7 billion. Amsterdam counted 49 transactions for a total of 6.4 billion dollars. This concerns the sale of separate residential blocks as well as larger building portfolios.

In Brussels, a total of 204 million dollars will be sold of 180 million euros. This data is known for only two of the nine transactions. The amount is therefore certainly an underestimate and that also for the other cities.

“We used all the available data that Preqin provided us, but Preqin only tracks big deals with no clear bottom line. It is possible that the investors in Brussels operate on a smaller scale and that the deals are not transparent than in other European cities,” explains researcher Sebastian Kohl, a sociologist at the Max Planck Institute in Cologne. He investigated the real estate deals together with economics professor Daniela Goran (UWE Bristol) on behalf of the European Greens. “The fact that we buy expensive private data to know who owns our cities says a lot about the transparency in this domain.”

A European journalistic investigation, in which Apache participated in our country, released similar figures last year. Then it turned out that between 2007 and 2020, half a billion euros worth of large real estate transactions took place in Brussels. It concerned deals of at least ten apartments for a total amount of at least five million.

At that time, Brussels was almost at the bottom of the list of 16 European cities: in Amsterdam (and the Randstad) real estate was traded for 23.4 billion euros in the same period, in (Greater) London for 27.7 billion and in Berlin even for 42 billion. Investors mainly came from the United States, Germany, Sweden, France and Great Britain, the research showed, but also from Qatar and Russia.

Preqin’s figures are not as complete as those of the journalistic research, but both studies do indicate that the number of real estate investments in Brussels is increasing slightly. According to Preqin, three major investments were made in 2019, one each in 2020, 2021 and 2022. In the years before that, it only happened once every two or three years.