Is it a bluff or the truth? 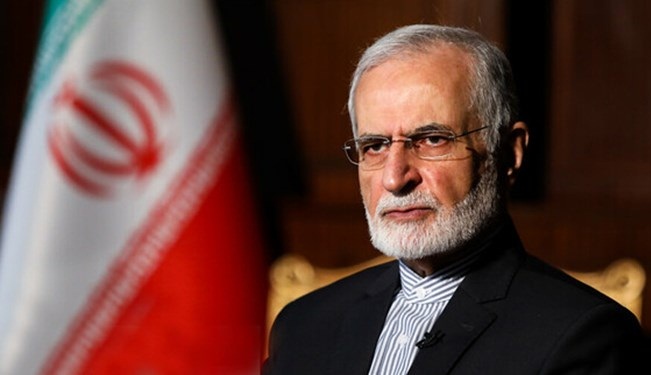 Belgium, (Brussels Morning Newspaper) Kamal Kharazi, head of the Islamic Republic’s Strategic Council on Foreign Relations and adviser to Iran’s Supreme Leader Ali Khamenei, told Qatar’s Al-Jazeera Network on Sunday (17 July) that Iran has the technical capability to make a nuclear bomb, but has no intention of doing so. He added in an interview: “In a few days, we will have increased the level of uranium enrichment from 20% to 60%, and it can easily be increased to 90%.”

In other interviews, Mohammad Javad Larijani, former secretary for human rights in the Judiciary, said that during President Joe Biden’s trip to Israel, they vowed to prevent Iran from acquiring a nuclear weapon. He noted that due to a fatwa issued by Khamenei, Iran is” forbidden from obtaining weapons of mass destruction,” including a nuclear bomb. But Larijani added, “If we ever want to do this, nobody will be able to stop us, of course.”

Is this a bluff or a fact?

There is no doubt that the Iranian regime, since 2002 when the National Council of Resistance of Iran opposition revealed that the regime was trying to build an atomic bomb, has been steadily pursuing this dream; it links nuclear weapons to its survival. For this reason, the regime has never announced a nuclear site, and its sites have only been revealed by the Iranian opposition or other sources.

Between 2003 and 2020, the main Iranian opposition force, the People’s Mojahedin (PMOI), used its networks inside the country to reveal sites where a bomb trigger was to be designed and built. The Iranian regime has not yet allowed the UN’s watchdog agency access to these sites.

Similarly, between 1992 and 2017, sites were revealed by PMOI where the Iranian regime wants to build a nuclear bomb carrier.

Ebrahim Raisi’s appointment is a sign of the end

The Iranian Supreme Leader appointed Ebrahim Raisi to the presidency at a high price because, according to the UN and Amnesty International, Raisi was involved in the massacre of political prisoners in 1988. On the other hand, Khamenei dismissed his closest adviser, Larijani, the former speaker of the parliament, since he wanted to put the most obedient person in the presidency to have a free hand to build atomic bombs and drones, and develop missiles to exert regional influence and suppress the domestic uprisings. Delaying nuclear negotiations until now under various pretexts has only been to achieve a nuclear breakout to extract more ransom money from Europe. Although, contrary to its claims, it has not yet reached its full potential.

Hostage-taking, extortion for the survival of the regime

Hostage-taking has been a phenomenon since the emergence of this regime. Mohammad Ali Jafari, the previous commander of the Islamic Revolutionary Guard Corps, in his speech on November 4, 2019, clearly admitted that the hostage-taking of diplomats in the US embassy in Tehran was completely planned. He also claimed that without these hostages, the regime would have collapsed within the first 10 years.

It is in this situation that the Belgian government has presented a bill to the Belgian parliament to return the Iranian terrorist diplomat, who was sentenced to 20 years in prison by the Belgian court, to the Iranian theocracy. Apparently, this serves a humanitarian purpose to free other foreign nationals imprisoned in Iran. This is a very dirty but profitable game for the mullahs. It is naive to think that if you feed a crocodile, it will not look for other prey.

The Iranian regime is now facing an explosive situation in Iran. Absolute repression, especially of women under the title of “bad” hijab and of artists and writers, continues unabated. The regime is caught in an impasse, as if in a trap.

If it accepts the nuclear deal known as the Joint Comprehensive Plan of Action (JCPOA), it could permit money to flow freely in a society where 80% of people are below the poverty line, but Khamenei himself says that the first setback will lead to the last setback. He hasn’t forgotten the experience of the 2015 JCPOA, which, despite the sale of abundant oil, led to two uprisings in 2018 and 2019 that sought to topple the regime. And if not, the starving army has already moved.

The resistance units that are developing all over Iran are ready to direct the resulting explosion towards democratic changes. The Iranian regime is catching the last rays of its sunset in the Iranian sky.

That is why thousands of political figures are gathering at a major annual gathering of the Iranian resistance on July 23-24 to express their support for a democratic Iran and for the separation of religion and state or gender equality.

The right direction of history is to stand with the Iranian people and not with a religious dictator.