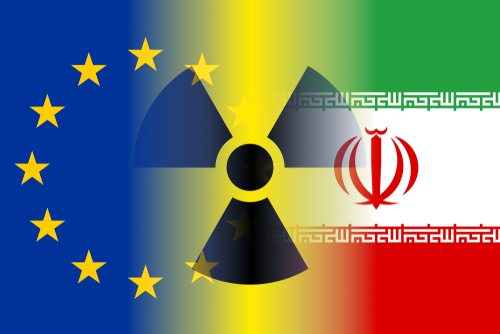 Brussels (Brussels Morning) At the high-level Iran nuclear talks in Vienna, where the US is indirectly negotiating its return to the Iran nuclear treaty using France, Germany and the UK as unofficial intermediaries, discussions are reportedly at a point where experts are drafting proposals, AP reported.

China and Russia are also represented in the talks, mirroring the format which resulted in the original 2015 Joint Comprehensive Plan of Action (JCPOA) treaty. According to the Russian delegate at the talks, drafting proposals to map out future steps definitively represents progress, but a concrete solution still remains “far away”.

Former US President Donald Trump unilaterally withdrew his country from the treaty in 2018 and introduced sanctions against Tehran, with the stated goal of securing a “better” deal. Iran responded by gradually breaching more and more of the treaty’s provisions, which were designed to prevent Iran from using its nuclear programme to create weapons.

Even though US President Joe Biden wants to return Washington to the treaty, and Tehran wants to have the US sanctions against Iran lifted, neither side is willing to take the first step, which complicating efforts for the two countries to coordinate their actions.

“We can note with satisfaction that the negotiations are entering the drafting stage”, Russian envoy Mikhail Ulyanov wrote on Twitter on Monday. “Practical solutions are still far away, but we have moved from general words to agreeing on specific steps towards the goal”.

German Foreign Ministry Spokeswoman Maria Adebahr echoed Ulyanov’s sentiment, noting that the European diplomats have witnessed “progress and the will to move forward” .She told German reporters that “overall, we may be, and hopefully are on a path of rapprochement” but cautioned that “there are still many, many open questions”.

Analysts warn that there is a very brief window of opportunity in which the JCPOA can be salvaged during these last months of Iranian President Hassan Rouhani’s term. The reason for this is the distinct possibility that a more hardline leader could be elected in June, who would fully put a stop to diplomatic initiatives.