Insecurity in the North district: Schaerbeek, Evere and Saint-Josse put the federal government on notice 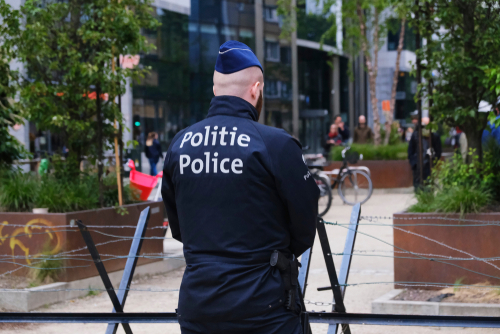 Brussels (Brussels Morning) The municipalities of the Brussels North police zone (Evere, Saint-Josse-ten-Noode and Schaerbeek) have sent a letter to the Minister of the Interior, the Minister of Justice and the Secretary of State for Asylum and Migration to demand security measures in and around the Gare du Nord.

In a joint letter, the acting mayor of Evere Ridouane Chahid (PS), the mayor of Saint-Josse-ten-Noode Emir Kir and the acting mayor Cécile Jodogne (DéFI) call on the federal government to take action near the Gare du Nord, where a large number of asylum seekers and transmigrants congregate, due to the proximity to the Immigration Office.

The mayors believe that the situation has not stopped deteriorating since their last letter to the federal government at the end of September. At the time, the municipalities had already denounced the insecurity around the Gare du Nord. Local measures had been taken in consultation with the Brussels North police, such as the ban on street alcohol consumption in the Brabant district and the increase in large-scale operations around the rue d’Aerschot.

And a month ago, a consultation between the three municipalities, the police of the Brussels North zone, representatives of the Brussels Region and the offices of the ministers and the Secretary of State had led to a “constructive” discussion according to the minister- Brussels President Rudi Vervoort (PS). But the situation has not improved since then, according to the mayors.

The municipalities denounce an increasing concentration of migrants around the Gare du Nord: “Among them, some are armed, engage in drug trafficking, create more and more incidents, fear the police less and less, which causes increasing tensions “, they specify.

“Actions have no result”

In this new letter sent this Monday to Annelies Verlinden (CD&V), Minister of the Interior, Vincent Van Quickenborne (Open VLD), Minister of Justice, and Sammy Mahdi (CD&V), Secretary of State for Asylum and Migration, the mayors of the North zone believe that the measures currently put in place by the local police zone “cannot be sustained over a long period without prejudicing the coverage of other districts and other missions in the zone”.

“The actions of the local police are unsuccessful since most of them (Eritreans and Sudanese) cannot be deported. The persons concerned cannot, therefore, be detained either and the persons arrested are then released ”, indicate the signatories of this letter, therefore asking that the federal government take charge of this securing of the station. They point out that the Minister of the Interior exercises on a subsidiary basis the powers of the municipal authorities when public order disturbances extend over the territory of several municipalities or when the general interest requires their intervention.

“We warn you that we hold the federal state responsible for any damage that could result from this deleterious situation, in particular for the municipality itself. The local authorities decline any responsibility for the damages which could be caused by third parties ”, announce Ridouane Chahid, Emir Kir and Cécile Jodogne. The mayors add that they will be “forced to use the police powers” at their disposal, “if the federal state remains in its wait-and-see attitude”.

No comments are made to the offices of the Ministers of the Interior and Justice.