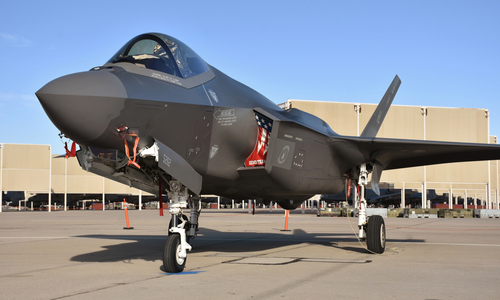 Germany is in dire need of a replacement for its venerable fleet of Panavia Tornado multipurpose jets, which were first introduced in 1974 as a joint-venture programme between the UK, Italy and West Germany. While the bulk of Germany’s combat aircraft today consists of Eurofighter Typhoons, the Tornados are the only aircraft in the Luftwaffe inventory that can mount and launch nuclear weapons.

With all Tornados slated for retirement between 2025 and 2030 at the latest, Germany needs a replacement jet which would enable the country to retain its NATO nuclear-sharing agreement, which keeps US-made airborne nuclear missiles deployed in select NATO bases in Germany. Chancellor Olaf Scholz has already pledged that Germany would remain a part of the agreement, and his government had announced a replacement jet would be chosen early during its four-year term.

While neither the German government nor the US State Department was willing to comment on the report, Reuters cited several German defence sources as saying that the new government is leaning toward purchasing the F-35 fighters.

Lockheed’s competitor Boeing was expecting Germany to order a batch of its F/A-18 fighter jets, which were the preferred choice of the country’s former Defence Minister Annegret Kramp-Karrenbauer. The new government’s decision to abandon these plans would represent a serious blow to the company, the civil aviation segment of which is already troubled by the declining sales of its flagship 787 MAX 8 model.

The German decision could also be unwelcome in France, which has been counting on Germany as a key partner in the development of Europe’s Future Combat Air System (FCAS). This sixth-generation fighter jet is being designed in a partnership between Europe’s Airbus, the French Dassault, Thales and Safran groups, Spain’s Indra Sistemas and Germany’s MTU Aero Engines.

While Germany officially remains part of the FCAS programme, for the time being, the main problem is that the first units are not expected to take to the air before 2040 — more than a decade too late if Germany is to keep its nuclear capabilities.