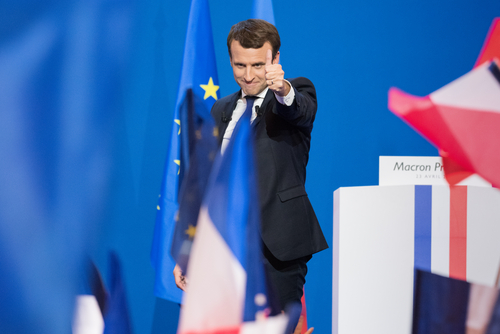 According to Le Parisien, the probe is looking into suspected favouritism and alleged illegal financing of President Emmanuel Macron’s 2017 campaign. McKinsey consultancy was already the target of a probe after the French Senate alleged in March that the company was not paying its due corporate taxes in France.

The initial probe saw police raid the consultancy’s Paris office in May, ahead of the parliamentary elections in France, after the issue of government hiring external consultants became an unexpected hot topic ahead of presidential elections, with the opposition accusing Macron of spending too much on international consultants that pay little to no taxes in France.

The prosecutor’s office confirmed on Thursday that it is indeed expanding the scope of its ongoing investigation into alleged McKinsey tax fraud to include the role of consultancy groups in both 2017 and 2022 election campaigns, though the prosecutors refused to confirm that the probe is targeting Macron’s campaign specifically.

The consultancy denied any wrongdoing in the case, and insists it is respecting all “French tax rules that apply” to the firm. The President’s Office commented that it has taken note of the probe, and that the prosecutors now need to carry out their work “in all independence”.

An investigation does not need to end in a guilty verdict – it could take months or even years before the prosecutors decide to press charges or abandon the case. While French presidents enjoy immunity from prosecution, such protections do not extend to former presidents.
A case in point is former President Nicolas Sarkozy, who was found guilty of illegal campaign financing during his failed 2012 re-election campaign and sentenced to a one-year prison sentence. He was previously found guilty of corruption and influence peddling in a separate case, for which he was handed a three-year sentence, two of which were suspended.