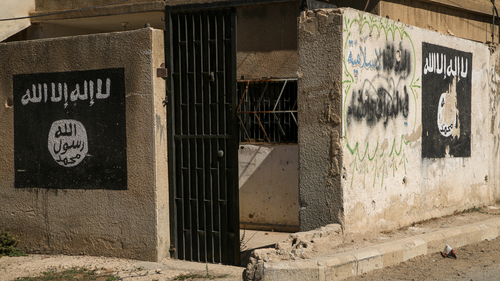 Brussels (Brussels Morning) French soldiers have reportedly killed Adnan Abu Walid al-Sahrawi, the head of so-called Islamic State in the Greater Sahara, in a major blow to the jihadist group in the region.

President Emmanuel Macron broke the news early on Thursday, tweeting that the French forces have “neutralised” al Sahrawi. He declared it “another major success” in the French fight against terrorist groups in the Sahel. Macron offered no further details in his tweet, neither the time nor the location of the operation.

Al-Sahrawi was on a US wanted list, with Washington offering a 5 million dollar reward for any information as to his whereabouts. He was believed to be responsible for a deadly 4 October 2017 attack on US Special Forces in Niger, which resulted in eight killed, including four Niger soldiers.

He was also personally responsible for the death of six French aid workers in Niger in August 2020, ordering his forces to kill them together with their Niger guides and drivers. His ISGS forces regularly targeted civilian and military targets in the so-called “tri-border” area, verging into territories of Mali, Niger and Burkina Faso.

Prior to becoming the top ISGS leader, Al-Sahrawi was a member of Al-Qaeda in the Islamic Maghreb (AQIM), and co-led a Malian Islamist group Mujao, credited with kidnapping Spanish aid workers in Algeria and Algerian diplomats in Mali in 2012.

The French operation which killed Al-Sahrawi is the latest in a line of assaults on high-ranking ISGS members conducted by French forces since its military intervention in Mali started in 2013.

Macron announced a major reduction in its anti-jihadist presence in the region this June, noting that remaining troops would focus on counter-terrorism operations and support for the local Mali forces. Even though French intervention resulted in retaking of the north of Mali from jihadists in 2013, the landlocked nation remains plagued by frequent jihadist attacks and intercommunal violence.