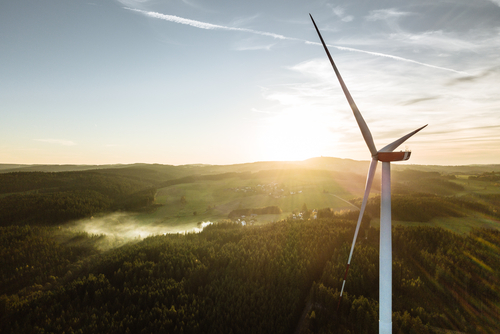 He announced plans to remove bureaucratic obstacles to renewable energy projects and stressed the importance of the green transition, according to Reuters reporting.

Macron pointed out that Europe is facing an energy crunch and pledged to halve the time it takes to launch renewable projects in France.

The wind farm off Brittany was connected to France’s grid earlier this month.

He stressed that France needs to increase its energy generation significantly as the country phases out fossil fuels.

Macron pointed out that it currently takes between 10 and 12 years to implement an offshore wind farm project in France and added that the Government wants to bring this down to six years, closer to EU average.

The government also plans to make it easier to find locations for construction of wind or solar farms, and is to adopt a proposal to speed up renewable energy projects next week.

Macron previously announced plans to build 50 wind farms in France by 2050, to increase production from solar farms tenfold and double the output of land-based wind farms in the observed period.

While Macron largely focused on nuclear energy thus far, he stressed the importance of stepping up the green push on Thursday.

Roughly half of France’s 56 nuclear reactors are currently offline for maintenance and repairs. The Government announced this month that EDF power utility plans to restart all reactors before winter.

Like its EU counterparts, France is bracing for energy shortages in the winter as Russia cut natural gas deliveries which many bloc members depended on. French officials previously presented a plan to cut energy consumption 10% by 2024.

According to the government’s predictions, the worst-case scenario would include rolling power cuts.

France originally planned to increase the share of renewables in its energy mix to 23% by 2020, but upped it to 19%, leaving it below EU average of 22%.