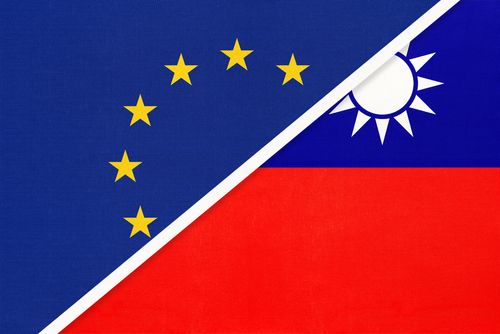 The visit, organised by the European Parliament Committee on foreign interference in democratic processes, was hailed by Taiwan’s Foreign Ministry as being of “great importance,” especially in view of the fact that earlier official visits to the island, which China considers to be a part of its territory, had provoked open anger from Beijing.

According to the Taiwanese ministry’s press release, the delegation will discuss such threats as disinformation and cyber attacks, while President Tsai Ing-wen’s office stated the government would share its experiences of tackling challenges such as foreign infiltration.

Meeting Premier Su, French MEP Raphael Glucksmann stressed how the EP envoys’ visit demonstrates that “Taiwan is now very high in the agenda in Brussels and in every member state.” Glucksmann described Taiwan as “a laboratory and a hub” for the fight against foreign interference, and the preservation of democracy.

“We in Europe are also confronted with interference from authoritarian regimes, and we came here to learn from you”, Glucksmann said.

The EP delegation visit follows on the heels of a rare trip to Brussels last month by Taiwan’s Foreign Minister Joseph Wu. His visit there elicited an irate response by Beijing, angered that the EU had received a Taiwanese government member in an official capacity. Last month also saw the EP adopt a non-binding resolution, which called for strengthening ties with the island, including looking into possible steps such as establishing an investment agreement.