Fascism and the President’s Speech 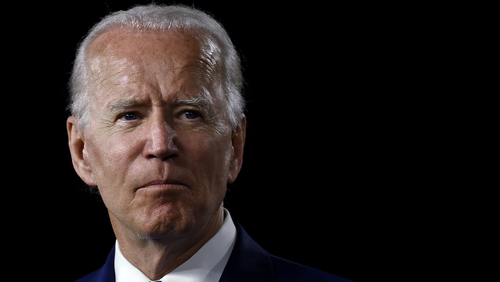 The USA, (Brussels Morning Newspaper) There is no precedent for the President of the United States giving a major speech warning of the threat of democracy being undermined by domestic forces aligned with a major political party, but that is precisely what President Joe Biden did on September 1st. The threat Biden identified is real. While there is value in alerting Americans to the danger that, to use Biden’s phrase, MAGA Republicans, pose to American democracy, Biden’s speech will do little to ameliorate that threat.

The President’s speech clearly described the threat, but had two major flaws, one was political in nature the other was due to Biden’s unfounded optimism about the future. The major political flaw in Biden’s speech was that he conflated the problem MAGA Republicans represent for American democracy with the ideology of conservative Republicans. Biden may oppose both the MAGA efforts to destroy American democracy and conservative views on abortion rights, marriage equality, climate change, tax policy or social spending, but these are two very different categories.

Parts of Biden’s speech eloquently explained the danger posed by Trump and his supporters.

“They promote authoritarian leaders, and they fan the flames of political violence that are a threat to our personal rights, to the pursuit of justice, to the rule of law, to the very soul of this country. They look at the mob that stormed the United States Capitol on January 6th — brutally attacking law enforcement — not as insurrectionists who placed a dagger to the throat of our democracy, but they look at them as patriots. And they see their MAGA failure to stop a peaceful transfer of power after the 2020 election as preparation for the 2022 and 2024 elections.”

Unfortunately, Biden weakened the impact of those lines by preceding them with “MAGA forces are determined to take this country backwards — backwards to an America where there is no right to choose, no right to privacy, no right to contraception, no right to marry who you love.” That is something that could be said about almost all Republicans at almost any point this century. Similarly, parts of the speech “We’re going to end cancer as we know it.  Mark my words. We are going to create millions of new jobs in a clean energy economy. We’re going to think big.  We’re going to make the 21st century another American century because the world needs us to,” could have come from any Democratic candidate for president this century. Biden could have either made a campaign speech or one addressing the crisis of American democracy. Trying to do both was a mistake.

The second significant flaw in Biden’s speech was his belief that while the MAGA forces have largely taken over the Republican Party, there are still Republicans who believe in democracy and are not loyal to Trump. Biden’s words “Not every Republican, not even the majority of Republicans, are MAGA Republicans.  Not every Republican embraces their extreme ideology,” have some truth to them. There are certainly some Republican voters and citizens who do not like Trump and the MAGA movement, but the leadership of the GOP in congress and in the states has gone full MAGA. To think otherwise is equal parts unwarranted optimism and pure fantasy. Moreover, by blurring the distinction between MAGA views that “represent an extremism that threatens the very foundations of our republic” and conventional conservative views on issues, Biden implicitly lumped what he later called “mainstream Republicans” in with the MAGA movement.

The belief that there are mainstream Republicans who are open to breaking with the GOP if that is what it takes to restore American democracy is essential. If that is not the case, then the state of American democracy, and the future prospects for the country, are much more dismal than suggested in Biden’s speech. Unfortunately, the evidence that those mainstream Republicans exist in the elected, leadership, activist or donor wings of the GOP is extremely sparse.

The crisis of American democracy is indeed considerably more acute than suggested by Biden’s speech. As President there are reasons, both political and substantive, why Biden might have refrained from saying that in the speech. Biden is faced with the daunting task of taking the US back to the path towards democracy. He may or may not be up to that task, but Biden must give the American people who are on the side of democracy hope. That is what he seems to have been trying to do in his speech.

From a rhetorical perspective, Biden’s optimism is understandable. A responsible President must point out threats to democracy, but must also lead Americans to believe that no problem is unsurmountable. The closing of the speech “I have no doubt — none –– that this is who we will be and that we’ll come together as a nation.  That we’ll secure our democracy.  That for the next 200 years, we’ll have what we had the past 200 years: the greatest nation on the face of the Earth. We just need to remember who we are.  We are the United States of America,” is the kind of platitude that is very comforting to Americans. It also seems woefully inadequate-reflecting the limited options facing President Biden and the dire problems facing the country.