Factors that affect the value of digital currencies 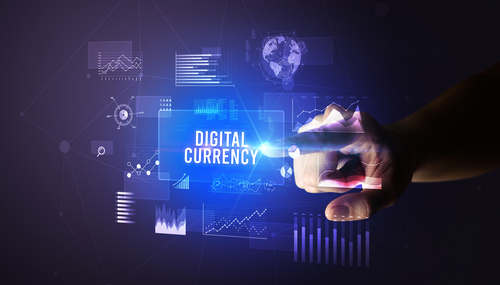 Brussels (Brussels Morning) As the crypto industry continues to show great volatility, many people have been wondering what influences the price of various digital currencies and tokens. One day, the coin is worth X amount in dollars and the next day it is worth 20% more.

Based on this dynamic, it’s fair to ask:

As it turns out, there are a variety of factors that individually influence the price of cryptocurrencies. Here are four of them that have a direct role in it.

Node count refers to the number of active wallets on a given network that can be identified by searching the internet or a currency page. To find out if a particular cryptocurrency is at a good price, you can analyze the node count and the total value of its market capitalization and then compare it with other digital currencies.

While this is one approach to determining whether a given currency is overbought, counting nodes also demonstrates how strong a cryptocurrency community is. In other words, the strength of a cryptocurrency has a direct correlation to its price.

If a coin achieves mass adoption, its value could increase dramatically. As mentioned above, this increase is related to the fact that the total number of digital coins is limited.

For this reason, an increase in demand results in an equal increase in price. However, not all cryptocurrencies are limited in supply, so this rule doesn’t apply to every coin.

Governments from around the world have a direct impact on the prices of cryptocurrencies. In the cryptocurrency industry, there is concern that transactions could be scaled back and controlled as a result of this type of oversight, as governments may argue that digital currencies do not provide adequate security.

The possibility of government oversight is very high if cryptocurrencies are widely adopted. With regulations, there is also a chance that cryptocurrencies will end up being centralized. This aspect would also have an impact on their prices.

Direct costs, as well as opportunity costs related to the production of a currency, play a crucial role in determining the price of digital currencies.

Take Bitcoin, for example. This coin is characterized by a high production cost, which is largely associated with the resources and energy that are invested in Bitcoin mining, which makes it such a valuable asset.

Furthermore, operating these systems incurs significant energy costs. Global bitcoin mining electricity expenses range between $400 million and $6.2 billion per year. While most people would argue that Bitcoin mining would be a waste of energy, it remains the only way to provide users with security.

Essentially, mining is the reason why cryptocurrencies are decentralized. However, there are ongoing efforts to make the entire process more efficient.