Extra police surveillance in Alhambrawijk after a series of incidents 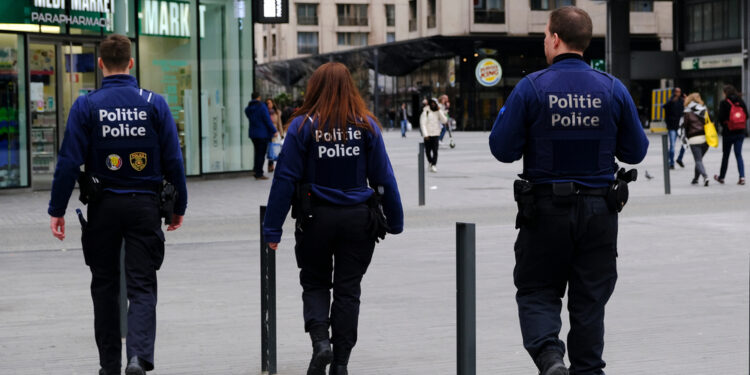 Brussels, (Brussels Morning)- It has been very restless in the Alhambra district in recent weeks. Since the latest incident, a stabbing last Tuesday, the neighbourhood has been under extra police surveillance. “It seems to be working, last night it was very quiet here” as reported by BRUZZ.

On Tuesday around 5.30 pm, a person was stabbed in the Alhambra district , at the intersection of Koopliedenstraat and Lakensestraat. The victim was taken to hospital with several stab wounds, but his injuries were not life-threatening. In the meantime, he was able to leave the hospital again. The investigation into the facts is still ongoing.

The stabbing was the latest in a series of incidents in the area. Local residents have been complaining for some time about nuisance, which, according to the Alhambra neighborhood committee, “is almost always related to drugs or prostitution.”

“Last week there was a brawl involving a homeless man. He had been causing nuisance for quite some time,” says Jan Leerman of the neighbourhood committee.

“Not much later, a fight broke out in the Lakensestraat in which people started hitting each other with everything they could get their hands on: traffic signs, patio tables… Apple trees were even pulled out of flower boxes,” says the local resident.

The police zone Brussels capital Ixelles confirms that they received two calls on Monday evening for fights in the Alhambra district, but on arrival the people involved had already disappeared.

Based on information from a local resident, the police searched for those involved, but to no avail. The investigation into the incidents is still ongoing.

“Through the neighbourhood committee, we have heard certain things about incidents that have taken place recently,” said Carole Poncin, spokesperson for Mayor Philippe Close (PS). “On that basis, we have decided to indeed increase the police presence in the area.”

The police zone of Brussels capital Ixelles has asked its teams to maximise their presence in the district. That seems to help, because according to Jan Leeman of the Alhambra Committee, peace has since returned.

“There are indeed more police than usual,” said Leeman. “Last night it was remarkably quiet. So it certainly seems to work.”

According to Leeman, a large part of the nuisance in the neighbourhood is caused by squatters. Carole Poncin, spokesman for Mayor Philippe Close, says that the city is currently looking at whether it is possible to close the buildings together with the police.

However, Jan Leerman also notices a positive evolution in the neighbourhood. According to local residents, it is gradually becoming clear that the new  Gate user space has a positive impact on the neighbourhood. “We notice that the user space has ensured that a lot of ‘anciens’ have moved out of the neighbourhood,” says Leerman. “But it is true that newcomers do not immediately find their way to the centre. Moreover, people can only stay there for about 40 minutes. We are therefore looking forward to the arrival of the day centre for drug users at Thurn&Taxis “. That opening is not planned until 2026.