Everything To Know About Audi A6 e-Tron 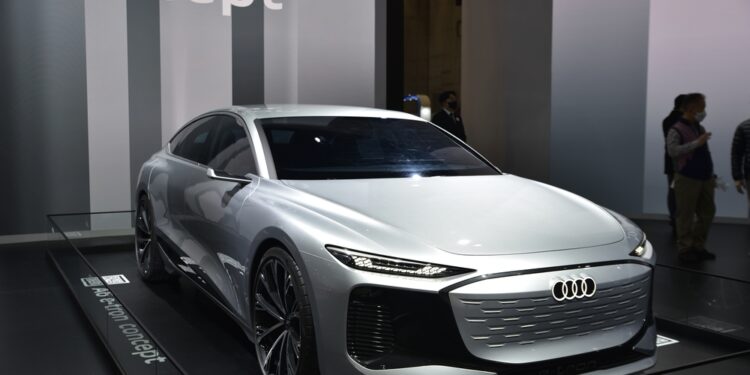 Audi introduced this sedan in 2021 at the Shanghai auto show. The A6 e-Tron concept was revealed at the show and since then the electric car is one of the most anticipated cars. There have been quite a few leaked images of the Audi A6 E-Tron. All the images have been released that the electric car will have an impressive exterior design and will be equipped with 22″ wheels. Let’s find out more about Audi A6.

According to Audi’s Timeline, the new Audi A6 e-Tron will be launching at the end of 2023. People who are interested in buying this car can pre-order it. The car will be available in 2023 and will be released in the 2024 model year. Electric car lovers are waiting impatiently for the luxury car to release. It will be out for sale the moment Audi put it up for sale.

Latest Update On Audi A6

The brand new Audi A6 e-Tron was seen during the winter testing. It seems as if Audi has been developing the vehicle in full swing. There is still a little bit of time left for it to be launched but the manufacturers are adding all the latest features to it. According to Audi, the electric vehicle seems to have been upgraded with all the powerful features. The lavish vehicle is equipped with luxury production lights and will capture the interest of car lovers instantly.

It has also been confirmed that the new 2024 Audi A6 e-Tron will be launched officially in 2023. However, we don’t know where the vehicle will be launched. It is expected to launch at some big event but nothing has been revealed about it. The vehicle will be based on the PPE platform. It will have a long electric range of over 300 miles and the driver will be able to drive it for many hours with a single full charge.

Here are some pros and cons of the Audi A6

The manufacturers have not yet revealed the exact price of the 2024 Audi A6 e-Tron. The estimated price for the Audi A6 e-Tron could be around $55,000

The A6 e-Tron battery will have super-fast charging. The electric vehicle Tesla will come with the fastest supercharger. It will charge at the rate of 270 kW. This is 20 kW faster than the previous Tesla vehicles. If the driver can find the supercharger of 270 kW then they will be able to ride over 186 miles after charging it for just 10 minutes.

Audi comes in two variants. It is equipped with a single-motor setup and rear-wheel drive. The dual-motor setup is an all-wheel drive and is capable to deliver 469 HP and 590 Ib-ft or Torque. This vehicle will accelerate 0-60 miles per hour in less than 4.0 seconds.

The Interior design of the new Audi A6 e-Tron has not been revealed by Audi Yet. We also have not seen any interior images of the vehicle. The manufacturers are keeping the interiors of the vehicle under wraps.

However, the exterior design is very attractive, and by that, we can expect the interiors to be as luxurious as well. We just hope that the new electric SUV will be designed with a luxurious interior. The car will have modern and advanced tech and luxurious features. We can also expect to get a large touchscreen infotainment multimedia system that has all the connectivity features.