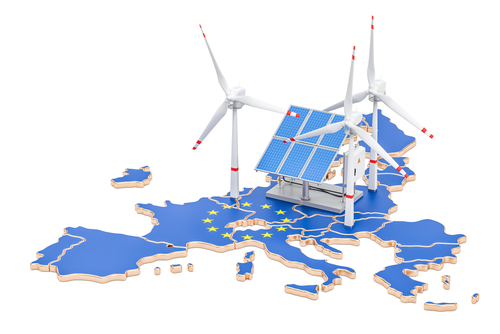 Addressing an industry event in the United Arab Emirates, Descalzi pointed out that the lack of an energy security strategy will make it all the more difficult for the EU to wean itself off Russian energy imports, Reuters reports.

Dependent on imports from Russia to meet some 40% of its gas needs, the EU has now advised member states to seek different suppliers.

“Europe is an empty box in term of energy”, Descalzi declared. “We don’t have our own energy… and we never thought about a strategy for energy security.”

Russia, he said, is now telling Western companies to pay for Russian gas in roubles, a provision that is not stipulated in their contracts.

“It’s difficult to agree because we don’t have this kind of currency”, Descalzi observed, noting that “for seven years we underinvested” during which global leadership “was not wise and without any equilibrium in evaluating the energy situation.”

The Central Bank of Russia, the Gazprom energy company and the government are to present proposals for rouble payments to Russia’s President Vladimir Putin by the end of the month.

Meanwhile, G7 energy ministers have rejected the idea that gas payments should be switched to roubles.

Also on Monday, the Spanish government announced plans to provide 6 billion euro in tax breaks and direct aid as well as ten billion euro in loans to companies and households to help cushion the blow of soaring energy prices.

Spain’s Prime Minister Pedro Sánchez said the move aims to protect the economy and jobs, and that it includes measures “that will protect economic sectors and Spaniards who are being most affected.”

Spain’s agriculture and transport sectors recently called on the government to help them deal with soaring fuel prices, while businesses and households currently struggle to pay electricity bills.

Sánchez said the proposed emergency measures, including restrictions on the price of natural gas, would have immediate effect on rising electricity prices.

EU authorities are to assess the measures, which, if approved, are to stay in effect until the end of June.