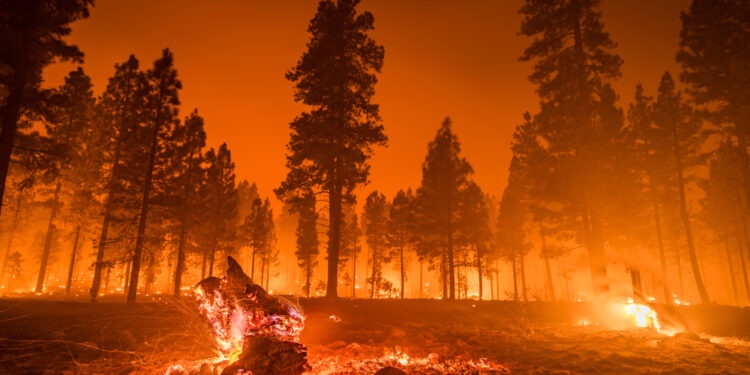 Belgium, (Brussels Morning) Since January 1, fires in the EU have devastated more than 662,000 hectares of forest, according to data updated on Sunday by the European Forest Fire Information System (EFFIS) which maintains comparable statistics since 2006, thanks to satellite images from the European program Copernicus.

The area most affected by the fires is the Iberian Peninsula and, although the high season for fires has not yet ended, data from the EU reveals the most serious situation ever experienced at this time of year.

Spain, with a severe drought and several heat waves this summer, has seen 246,278 hectares ravaged by fires, mostly in Galicia in the northwest.

France experienced worse years in the 1970s, before normalized European data, but 2022 is the worst year in the last 16 years, according to these figures, largely due to two consecutive fires in the Gironde, in southwestern France, where German, Polish and Austrian firefighters arrived this week as reinforcements.

In the summer period alone, “2022 is already a record year”, Jesus San-Miguel, coordinator of EFFIS, told France-Presse. The exceptional drought in Europe, combined with heat waves, is a recipe for wildfires to spread around.

These conditions were observed more frequently in countries bordering the Mediterranean Sea, but “that’s exactly what happened in Central Europe”, added Jesus San-Miguel. For example, the Czech Republic saw a fire devastate over a thousand hectares, which is little compared to other countries, but 158 ​​times more than the 2006-2021 average, when fires were negligible.

In Slovenia, firefighters took more than ten days in July to control the biggest fire in the country’s recent history, helped by a population so mobilized that the government had to ask residents to stop donating to firefighters. In Central Europe, the burned areas are, however, still small compared to the tens of thousands of hectares in Spain, France or Portugal, but the continuation of global warming across Europe should only accentuate the trend.