by Veronica Olivetto
in Opinion 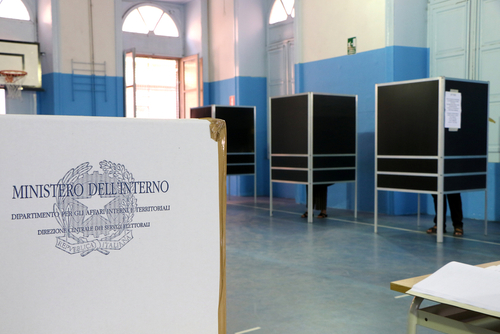 Belgium (Brussels Morning Newspaper) With the government’s fall in late July, Italy is ready to vote on the 25th of September. Overseas elections have started already with the mail system, established in 2021.

This system has shown many gaps through the years and Italians are asking for a better way to choose their candidates, an achievable improvement in the digital era.

The procedure is really elaborate. Only Italians registered with AIRE, the overseas residence registry can receive the electoral package.

Along with the established overseas residents there are the ones who are overseas temporarily for holidays or short-term studies or work and they have to request to update the address to their councils in Italy, but they have to do that in advance, precisely 31 days before Election Day. In addition, there are those registered overseas already and planning to be in Italy on the day of the election who have time until the 31st of July to apply, only 5 business days from the dissolution of Parliament.

Accordingly with the people enrolled the Italian minister sends the electoral packages to the consulates all over the world that will be sent to the voters’ homes. The mail contains the ballot, an instruction paper, a declaration to fill and sign, and a pre-stamped envelope to send back once completed all forms and steps. It is probably the complexity of these steps that caused a lot of invalid ballot papers, on the last election, in 2018 21.22% of ballots were invalid, bringing down, even more, the real representation of Italian voters overseas. There were in fact only 30% of voters participated, and 2 ballots in 10 were invalid.

This complexity is not only user-unfriendly, but it is not secure either. Unfortunately, in every election, the court receives many reports of the most creative ways Italian parties came up with to rig the system. For example, fake electoral packages are printed and voted on, or are sent directly to the offices of the party or their associate friends. Even the system to sort the thousands of boxes coming from the consulates to Italian sites is so intricate that we have witnessed boxes abandoned on the sites and never to be counted.

Some citizens also create a Facebook page called “Segnalazioni Brogli Elettorali Estero 2022”, with the goal to draw attention to this problem and spread awareness of what to do in case someone witnesses suspicious activities. At the last election over 5 million Italians should have potentially voted, but only 30% actually did.

5 Star Movement thinks that there are two main reasons. One is the alienation of politics- people are discouraged to vote. For many years the left and the right parties run the country without really putting in place the core changes demanded. The 5 Star Movement’s mission is to address this to eliminate corruption and patronage, by having a clear long-term plan to green energy transition, implementing basic rights like the minimum salary and easing the bureaucracy that complicates the life of businesses and people on a daily basis.

The second reason is probably the one that counts more overseas that is- the difficulty to vote. In this instance, 5 Star Movement overseas candidate came up with a plan to increase the participation of overseas citizens by the introduction of the I-vote.

This plan is part of the digital transition that integrates national and overseas programs. The first stone is already been set in the last 5 years, when Conte ran the government with the opposition left and right, by introducing SPID and Fast IT portals, a centralised digital platform to give access to the citizens for their government services such as tax, health and consulate services.

The results of this reform will allow citizens to access the vote from anywhere, regardless of the current location, eliminating the leakage of the electoral packages, reducing fraud, and improving the participation of overseas citizens.