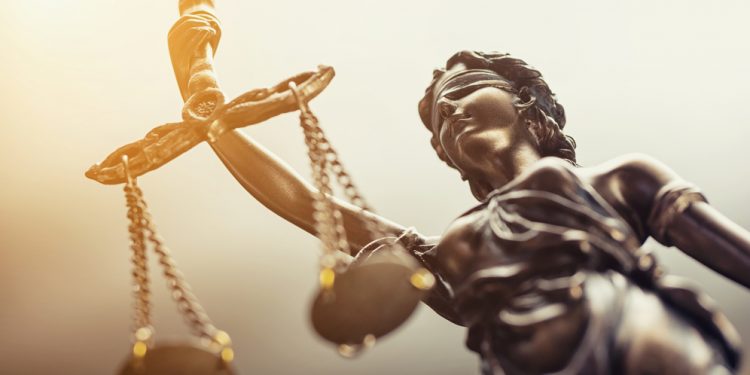 The Statue of Justice symbol

Belgium, (Brussels Morning Newspaper) European Commission President Ursula von der Leyen noted on Thursday that Poland is not off the hook on the rule of law dispute.

The EC recently gave conditional approval for Poland’s recovery and resilience plan, paving the way to Poland’s access to EU funds, according to Reuters reporting on Thursday.

Speaking in Warsaw during her visit to Poland, von der Leyen pointed out that the Commission will not release the money intended for recovery from the coronavirus crisis until Poland implements reforms.

The EC pointed out that Poland will have to work on judicial independence and reinstate judges that were dismissed by the controversial disciplinary chamber which the Commission says undermined the rule of law.

“We are not at the end of the read on the rule of law in Poland,” von der Leyen stressed.

Warsaw rejects EC’s accusation that it wanted to politicise the courts, stressing that it implemented judicial changes to remove the remnants of communist-era influence and judges who act like they are above the law.

It added that the Commission’s move to block access to EU recovery funds as more than 3.5 million Ukrainian refugees enter the country was unjustified.

Poland’s lower house of parliament supported a bill that would dissolve the disciplinary chamber and form a different body to take its place, with critics stressing that the move does not address the issue of politicisation of courts.

The upper house has proposed amendments that would annul all decisions of the chamber and reinstate dismissed judges, which critics say have little chance of passing.

Wojciech Sadurski, Polish and Australian scholar of constitutional law, pointed out “the Commission has removed any incentive for the authorities which control the lower chamber to take seriously all the positive amendments proposed by the Senate,” referring to the upper house of the parliament.Poland has lost access to some 23.9 billion euro in grants and 11.5 billion in loans over the dispute with the EC. Friction between the two has been high over disagreements on the judiciary, Turów coal mine, independence of the media and rights of sexual minorities, among other.

Tags: Main-Sliderrule of law dispute
No Result
View All Result