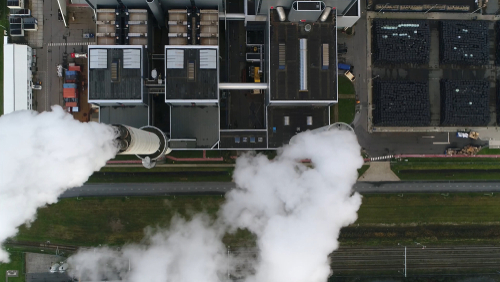 Brussels (Brussels Morning) The Dutch government has granted some 2 billion euro in subsidies to one of the world’s largest planned carbon capture and storage (CCS) projects. The aim is to capture CO2 emitted by factories and refineries in the Rotterdam port area and deposit it in empty Dutch gas fields in the North Sea, Reuters reported.

According to the Port of Rotterdam spokesman, Sjaak Poppe, the government has informed the consortium of companies involved that their request for subsidies is being granted. The firms include the oil giants Royal Dutch Shell and ExxonMobil, as well as industrial gas suppliers Air Liquide and Air Products.

Economy Ministry spokesman Dion Huidekooper refused to comment on the reports on Sunday evening, since the government has pledged to make all subsidies public only after all the applications have been decided on, which is not expected to happen until later this month.

The Dutch government previously had announced it would grant a total of 5 billion euro in subsidies during 2021 for technologies that would help it achieve its climate goals. The number of project applications submitted over-ran the allocated grant amount for state subsidies by 1.4 billion euro, so, inevitably, some will have to be rejected.

The CCS subsidies plan was envisioned to compensate CO2 producing companies for the extra costs of capturing and storing the greenhouse gasses, while the Port of Rotterdam would  provide the necessary infrastructure to transport and deposit the gasses into the empty offshore oil fields.

As one of the most industrialised countries in the EU, and home to its main seaport, the Netherlands is among the top greenhouse gas emitting nations in Europe. Its ambitious climate targets include a 55% cut to the 1990 emissions levels by 2030. As the emissions levels were down 24.5% compared to 1990 levels last year, the country still has a lot of work ahead of it.