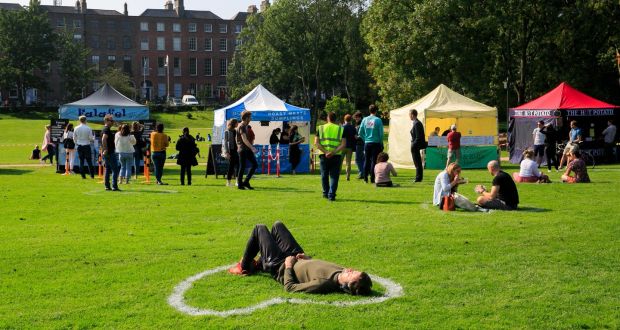 The Republic of Ireland’s cabinet is expected to approve more restrictions in its capital, while reports suggest Westminster could be mulling a second national lockdown to curb the spread of COVID-19.

The recommendation to move to the third level in a five-point plan to slow the virus’s spread has come from the National Public Health Emergency Team.

A final decision is to be made after a sub-committee team meeting Friday morning, but restrictions are expected to take effect in Ireland’s capital from midnight.

The new rules will mean people in Dublin won’t be able to travel outside of the county, unless for work or school. Indoor dining will also be banned, and pubs that don’t serve food will have to remain shut. The Restaurant Association of Ireland (RAI) says the new restrictions could impact up to 50,000 jobs.

Niall Collins, Minister of State at the Department of Higher Education, has said, “sacrifices and hard decisions have to be made in the wider public interest”.

Paul Reid, the Health and Safety Executive’s chief executive, said that some Dublin hospitals were also experiencing the pressure of increased demand.

RAI’s CEO, Adrian Cummins, said the prospect of shutting indoor dining had “come out of the blue” and without consultation.

Meanwhile, the UK government is reportedly considering further restrictions as the number of coronavirus cases has doubled every seven to eight days.

Secretary of State for Health Matt Hancock said Friday that a national lockdown would be the “last line of defence”, but he also said the government “will do whatever is necessary to keep people safe in a very difficult pandemic”.

The Financial Times also reported that the Scientific Advisory Group for Emergencies (SAGE) and the Scientific Pandemic Influenza Group on Modelling (SPI-M) suggested a new national lockdown, which could coincide with October school holidays to minimise the impact on children and young people’s education.

Localised lockdowns have already been imposed in large parts of the northeast of England, Bolton and Birmingham.

Tags: Covid-19lockdownRepublic of Ireland
No Result
View All Result