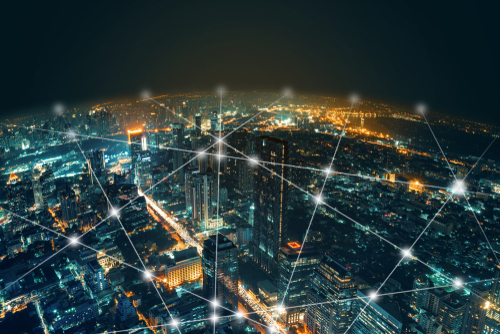 The EU executive’s new task force — EU Energy Platform Task Force — is being launched to support the recently announced REPowerEU, which seeks to diversify energy supplies in the Union.

“The Energy Platform Task Force will contribute to Europe’s energy security and independence. Through the collective political and economic weight of the EU’s 27 Member States and 440 million citizens, we will work to ensure affordable and secure energy imports,” said the Energy Commissioner Kadri Simson.

On 8 April, the Commission held the first meeting for the common purchase of gas and it’s already planning joint purchases before the winter.

Voluntary common purchases of pipeline gas, LNG and hydrogen are being studied by the EU as part of the new task force which will initiate activities on 1 June.

In a nutshell, the new task force will work towards demand aggregation, coordination of capacity and negotiation of energy supplies, while also providing support for the regional task forces of EU countries and neighbouring countries. Furthermore, it will manage outreach to international partners.

Talking about the REPowerEU, MEP Eleonora Vi wrote for the Brussels Morning: “The Commission is in fact leaving the door open for Member States to continue funding fossil fuel infrastructure, in this way diverting investments from the green transition towards new pipelines and LNG terminals, perpetuating our fossil energy dependence. »

Announced on May 18, the EU’s plan to bet on energy sovereignty and renewable energy — REPowerEU — proposes measures to drive energy efficiency, diversify supplies and accelerate the EU’s clean energy transition.

The initiative was described by the NGO WWF as a “good plan” with some “really bad ideas”. As for the European Environmental Bureau (EEB), it welcomed the positive developments for renewables but it noted that the initiative “undermines environmental legislation”.

The EEB accused the Commission of proposing a blanket exemption from the evaluations set in the Environmental Impact Assessment Directive and the Birds and Habitats Directives for renewable projects in ‘go-to’ areas that will be exclusively defined by EU countries.

The WWF said the EU executive is proposing to reduce reliance on Russian fossil fuels by investing in additional gas infrastructure, “counting on unrealistic levels of hydrogen or increasing the use of bioenergy without restrictions on feedstocks” — a situation that could aggravate even further the ongoing food crisis.

With this move, the WWF defends, the EU is risking to prolong the EU’s dependence on fossil fuels and to jeopardise climate and nature targets.

“The Commission’s plan to accelerate the EU’s shift to clean energy solutions such as energy efficiency, wind and solar power is very welcome,” said Ester Asin, Director of the WWF European Policy Office.

“But financing this by selling pollution permits is misguided, as is building more fossil gas infrastructure or relying on increased biomass use. That will just prolong our dependence on fossil fuel imports and jeopardise climate goals,” added Asin.